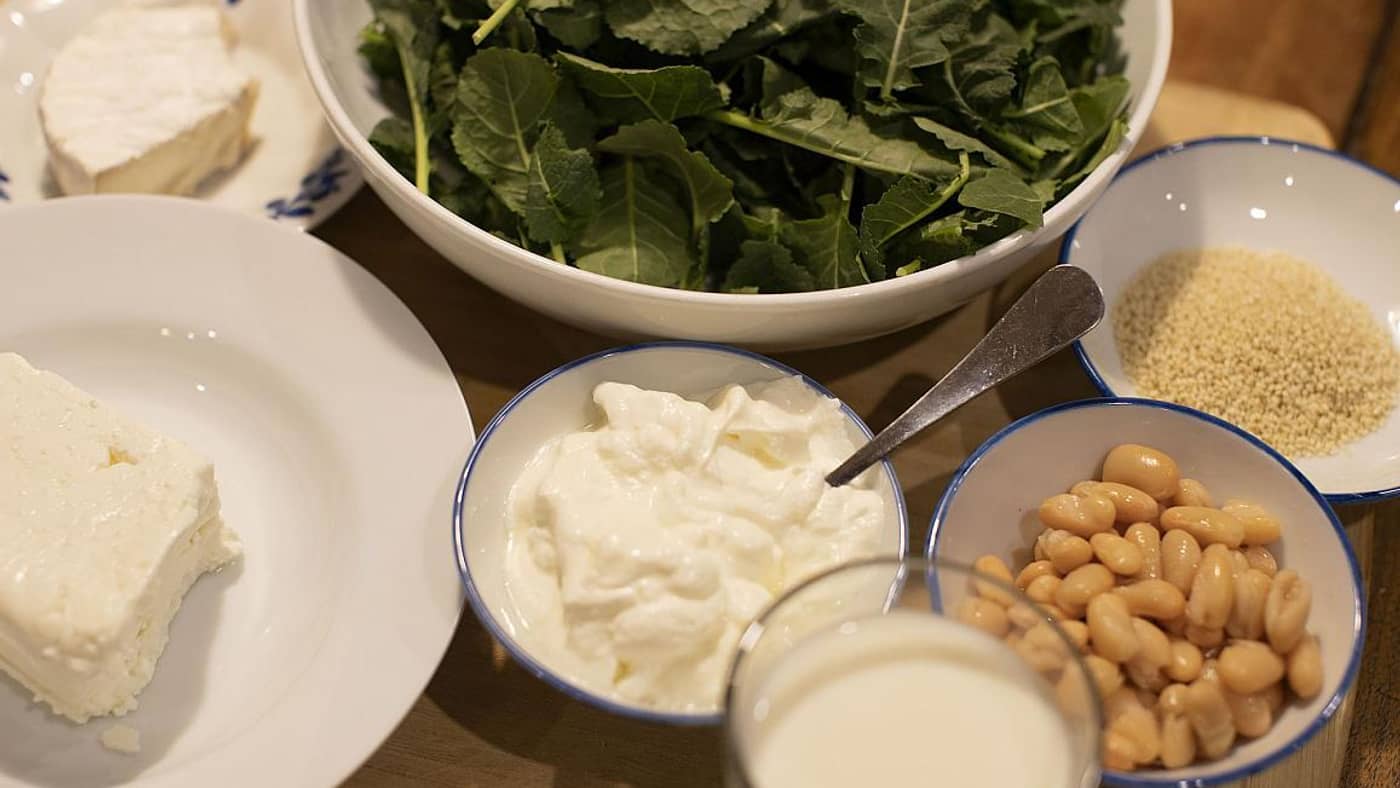 Calcium-rich foods include milk, yogurt, and cheese, as well as non-dairy sources such as kale, white beans, and sesame seeds. NEI

Eating a calcium-rich diet or taking calcium supplements does not appear to increase the risk of age-related macular degeneration (AMD), according to the findings of a study by scientists at the National Eye Institute (NEI). AMD is a leading cause of vision loss and blindness among people age 65 and older in the United States. The study findings are published in JAMA Ophthalmology.

The findings contradict an earlier study indicating that high levels of calcium were associated with increased prevalence of AMD, but they are consistent with another suggesting that calcium has a protective role in AMD.

“Although the findings suggest that high calcium intake may be protective, the jury is still out on whether people should alter their calcium intake to prevent the onset or progression of AMD,” said the study’s lead investigator, Emily Chew, M.D., director of the Division of Epidemiology and Clinical Applications and the deputy clinical director at NEI, which is part of the National Institutes of Health.

“These latest findings provide no evidence that there is a need to change the management of calcium intake for individuals who are already taking calcium for other medical indications,” Chew said.

An estimated 50 percent of men and 65 percent of women in the United States regularly use calcium supplements, which in addition to building strong bones and teeth, are commonly used to prevent and treat osteoporosis. Recommended daily amounts of calcium are 1,000 mg for adults 50 and younger and 1,200 mg for those older than 50.

Chew and colleagues investigated the relationship between calcium intake, by diet and/or supplements, and AMD onset, or its progression. They analyzed data from a previous investigation known as the Age-Related Eye Disease Study (AREDS). That landmark multicenter trial funded by the NEI assessed a range of nutrients and their effects on onset and progression of AMD and cataract.

Focusing specifically on calcium, these latest findings looked retrospectively at 4,751 AREDS participants who had been followed for an average of 10 years. Self-reports of calcium intake were collected using a questionnaire asking about the frequency with which people ate calcium-rich foods and whether they regularly used calcium supplements in the past year. At baseline, participants had no AMD, intermediate AMD (large deposits are known as drusen in the retina of both eyes), or late-stage AMD in one eye.

As participants got older, an association between calcium intake and AMD risk reduction emerged. People with the highest intake of calcium from dietary or supplement sources had a lower risk of developing late-stage AMD compared with those in the lowest calcium intake groups.

Chew emphasized that this suggestion of a benefit from calcium could be due to confounding factors. For example, people who are mindful to maximize their calcium intake may be more likely to also eat a healthy diet, exercise and take prescribed medications – all of which could also lower AMD risk.

Most importantly, the findings underscore the need for prospective investigations to resolve the issue of whether calcium is protective against AMD, and whether calcium intake impacts the development of drusen or the different subtypes of AMD, Chew said.

This study is supported by the intramural program funds and contracts AREDS (Contract NOI-EY-0-2127) from the NEI.