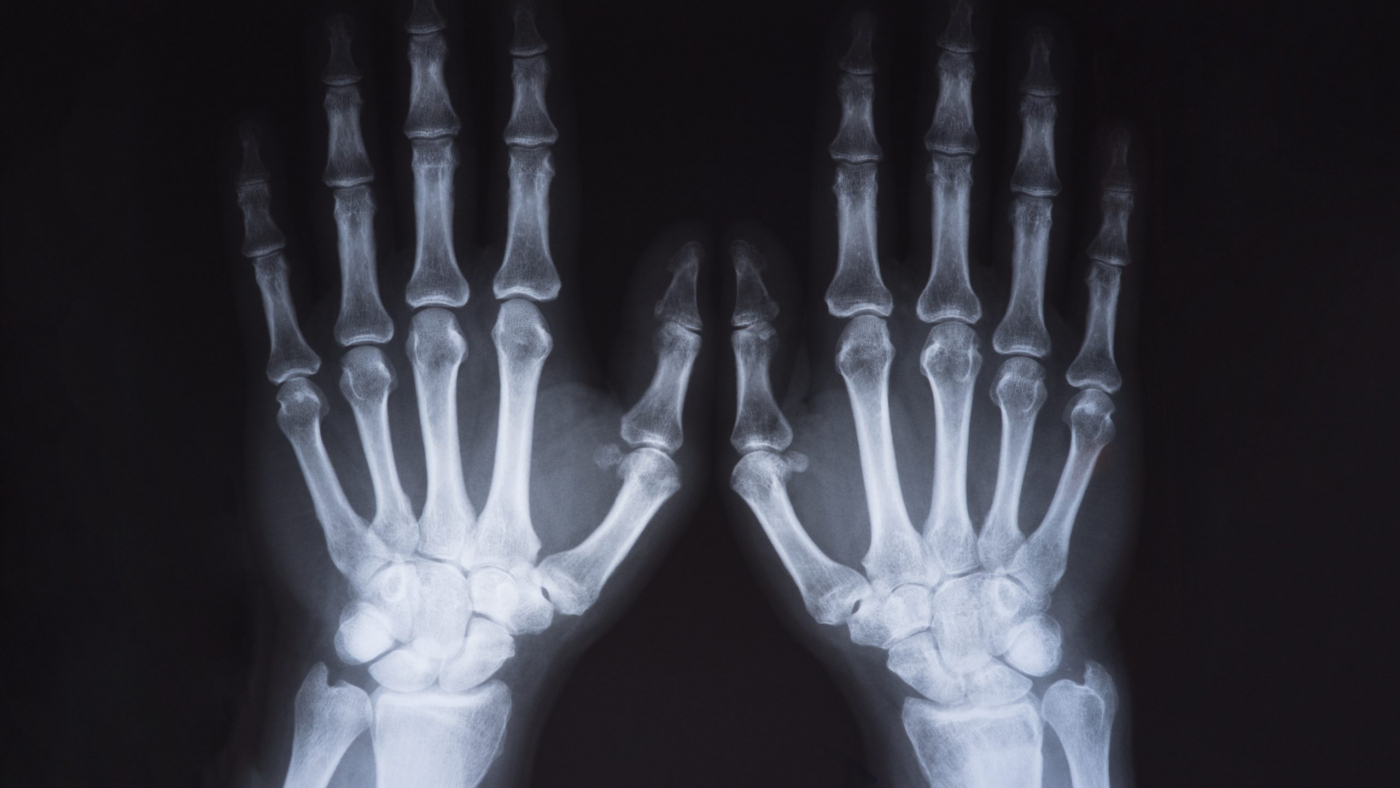 A new experimental method permits the X-ray analysis of amyloids, a class of large, filamentous biomolecules that are an important hallmark of diseases such as Alzheimer’s and Parkinson’s. An international team of researchers headed by DESY scientists has used a powerful X-ray laser to gain insights into the structure of different amyloid samples. The X-ray scattering from amyloid fibrils gives patterns somewhat similar to those obtained by Rosalind Franklin from DNA in 1952, which led to the discovery of the well-known structure, the double helix. The X-ray laser, trillions of times more intense than Franklin’s X-ray tube, opens up the ability to examine individual amyloid fibrils, the constituents of amyloid filaments.

With such powerful X-ray beams, any extraneous material can overwhelm the signal from the invisibly small fibril sample. Ultrathin carbon film — graphene — solved this problem to allow extremely sensitive patterns to be recorded. This marks an important step towards studying individual molecules using X-ray lasers, a goal that structural biologists have long been pursuing. The scientists present their new technique in the journal Nature Communications.

Amyloids are long, ordered strands of proteins which consist of thousands of identical subunits. While amyloids are believed to play a major role in the development of neurodegenerative diseases, recently more and more functional amyloid forms have been identified.

“The ‘feel-good hormone’ endorphin, for example, can form amyloid fibrils in the pituitary gland. They dissolve into individual molecules when the acidity of their surroundings changes, after which these molecules can fulfill their purpose in the body,” explains DESY’s Carolin Seuring, a scientist at the Center for Free-Electron Laser Science (CFEL) and the principal author of the paper. “Other amyloid proteins, such as those found in post-mortem brains of patients suffering from Alzheimer’s, accumulate as amyloid fibrils in the brain, and cannot be broken down and therefore impair brain function in the long term.”

Scientists are trying to determine the spatial structure of amyloids as accurately as possible, so as to use this information in order to find out more about how the protein fibrils function: “Our aim is to understand the role of the formation and structure of amyloid fibrils in the body and in the development of neurodegenerative diseases,” says Seuring in describing the team’s motivation. “The structural analysis of amyloids is complex, and examining them using existing methods is hampered by differences between the fibrils within a single sample.” The team used the X-ray free-electron laser LCLS at the SLAC National Accelerator Laboratory in the U.S.

One problem is that the strands of amyloids, known as fibrils, cannot be grown as crystals, which is the usual method of performing atomic resolution structural studies using X-rays. Individual amyloid fibrils are only a few nanometers thick and therefore generally too small to produce a measurable signal when exposed to X-rays. For this reason, the usual approach is to line up millions of these fibrils parallel to each other, and bundling them so that their signals add up. However, this means the diffraction patterns are produced by the entire ensemble, and information about structural differences between the individual fibrils is lost.

“A major part of our understanding about amyloid fibrils is derived from nuclear magnetic resonance (NMR) and cryo-electron microscopy data,” explains Seuring. “When you are working with samples that are as heterogeneous as amyloids, though, and also when observing the dynamics of fibril formation, the existing methods reach their limits.”

In order to gain access to structure information of such heterogeneous samples in the future, the team opted for a new experimental approach. Instead of suspending the individual amyloids in a carrier fluid like a water jet the scientists placed it on an ultrathin solid carrier made of graphene, in which carbon atoms are arranged in a hexagonal pattern rather like an atomic honeycomb. “This sample support has a double benefit,” says Professor Henry Chapman of CFEL, who is a lead scientist at DESY. “For one thing, graphene is just a single layer of atoms thin and in contrast to a carrier, fluid hardy leaves a trace in the diffraction pattern. For another thing, its regular structure makes sure the protein fibrils all align in the same direction — at least in larger domains.”

The diffraction patterns of multiple fibrils overlap and reinforce one another, much like in a crystal, but there is virtually no disruptive background scattering as in the case of a carrier fluid. This method allows diffraction patterns to be obtained from fewer than 50 amyloid fibrils so that the structural differences emerge more clearly.

“We have observed characteristic asymmetries in our data which suggest that our technique could even be used to determine the structure of individual fibrils,” says Seuring.

“The CXI instrument at LCLS provided an exceptionally bright, nanofocus beam that allowed us to extract data from such a small number of fibers,” reports co-author Mengning Liang, a scientist at SLAC. “Fibrils are a third category of samples that can be studied this way with X-ray lasers, in addition to single particles and crystals. In some regards, fibrils fit between the other two: they have regular, recurring variations in the structure like crystals, but without the rigid crystal structure.”

The scientists tested their method on samples of the tobacco mosaic virus, also first examined by Rosalind Franklin, and which forms filaments of a structure that is now known in great detail. The test did, in fact, provide structural data about the virus with an accuracy of 0.27 nanometers (millionths of a millimeter) — corresponding to a resolution almost on the scale of a single atom. The examination of distinctly smaller amyloid fibrils made of endorphin as well as amyloid fibrils made of the hormone bombesin, which is involved among other things in certain types of cancer, also provided some structural information, with an accuracy of 0.24 nanometers. Although the data was insufficient for calculating the complete structure, the study shows great promise for structural retrieval when more data becomes available, and opens up a new path for the structural analysis of amyloids using X-ray lasers.

“It is amazing that we are carrying out very similar experiments as Franklin did, but are now reaching the level of single molecules,” says Chapman.