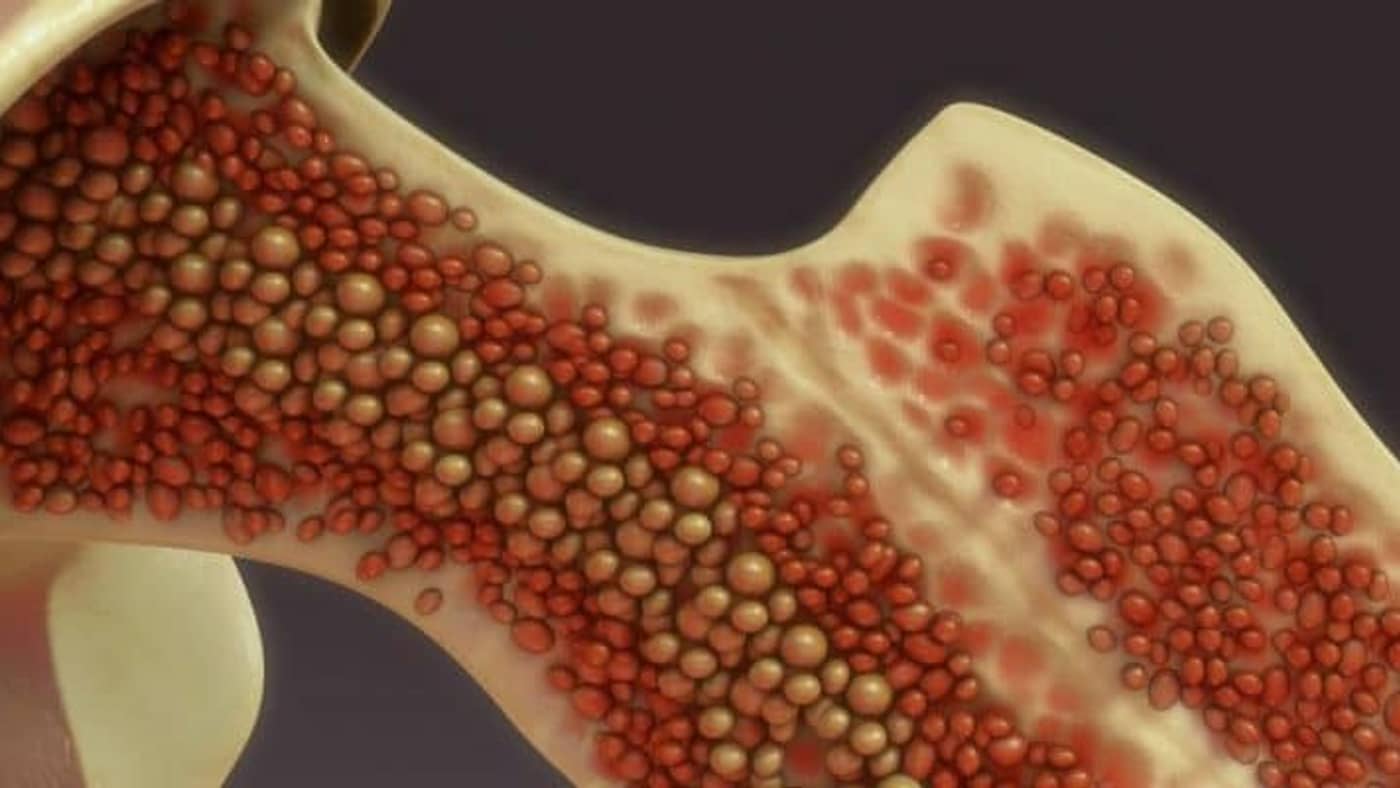 Most patients with myelofibrosis, a rare chronic disorder of the hematopoietic cells of the bone marrow, benefit from drugs from the JAK2 inhibitor class: symptoms are relieved, survival extended and general quality-of-life enhanced. However, two or three years after the start of treatment, some patients develop an aggressive B-cell lymphoma. In a close collaboration between researchers from MedUni Vienna and Vetmeduni Vienna, it has now been shown for the first time that JAK2 inhibitors awaken “dormant” lymphomas in the bone marrow and, hence, cancer.

“Using bone marrow biopsies taken right at the start of the disease, we were able to show that primordia of lymphoma were present in the form of a B-cell clone,” explain Heinz Gisslinger and Ulrich Jäger from the Division of Haematology/Haemostasology of MedUni Vienna’s Department of Medicine I. Sixteen percent of myelofibrosis patients were found to have dormant aggressive lymphoma. In approximately 6 percent of these patients, it then erupts when stimulated by the administration of JAK2 inhibitors.

According to the hematologist, it is possible to detect dormant lymphomas, if they are actively sought using sensitive, molecular biological techniques. “This is therefore the best predictive tool. It enables us to filter out the relevant 16 percent, categorize them and identify them as high-risk patients prior to treatment with JAK2 inhibitors.”

The findings of the hematologists working with MedUni Vienna’s Division of Medical-Chemical Laboratory Diagnostics and Clinical Pathology were substantiated by researchers at Vetmeduni Vienna, led by Veronika Sexl. They demonstrated in a mouse model that mice who have had bone marrow transplants likewise developed lymphomas. Says Jäger: “The findings from Vetmeduni Vienna fitted together with ours like a piece of a jigsaw puzzle.”

Moreover, two individual cases from Paris, from international collaborative partner Hôpital Saint-Louis, backed up the conclusions of the Vienna study, which has now been published in the prestigious journal Blood, where it was also featured in the editorial.

“This multilateral collaboration is a perfect example of how open the research landscape has generally become and how important the reciprocal exchange of data is in medicine,” says Jäger. This is also the direction taken by the next step of this project: a start is already being made on collecting international cases and associated data, in order to further enhance drug safety, and researchers are working closely with the pharmaceutical companies who produce these standard drugs.

“Our findings represent a paradigm shift and improve the safety of this class of drugs,” emphasise Sexl and Jäger.

“I am delighted by the quick, efficient and groundbreaking bridge between the mouse model and the clinical findings that we have succeeded in forming in this case. The basic research, preclinical and clinical work have all fitted together perfectly,” adds Sexl.