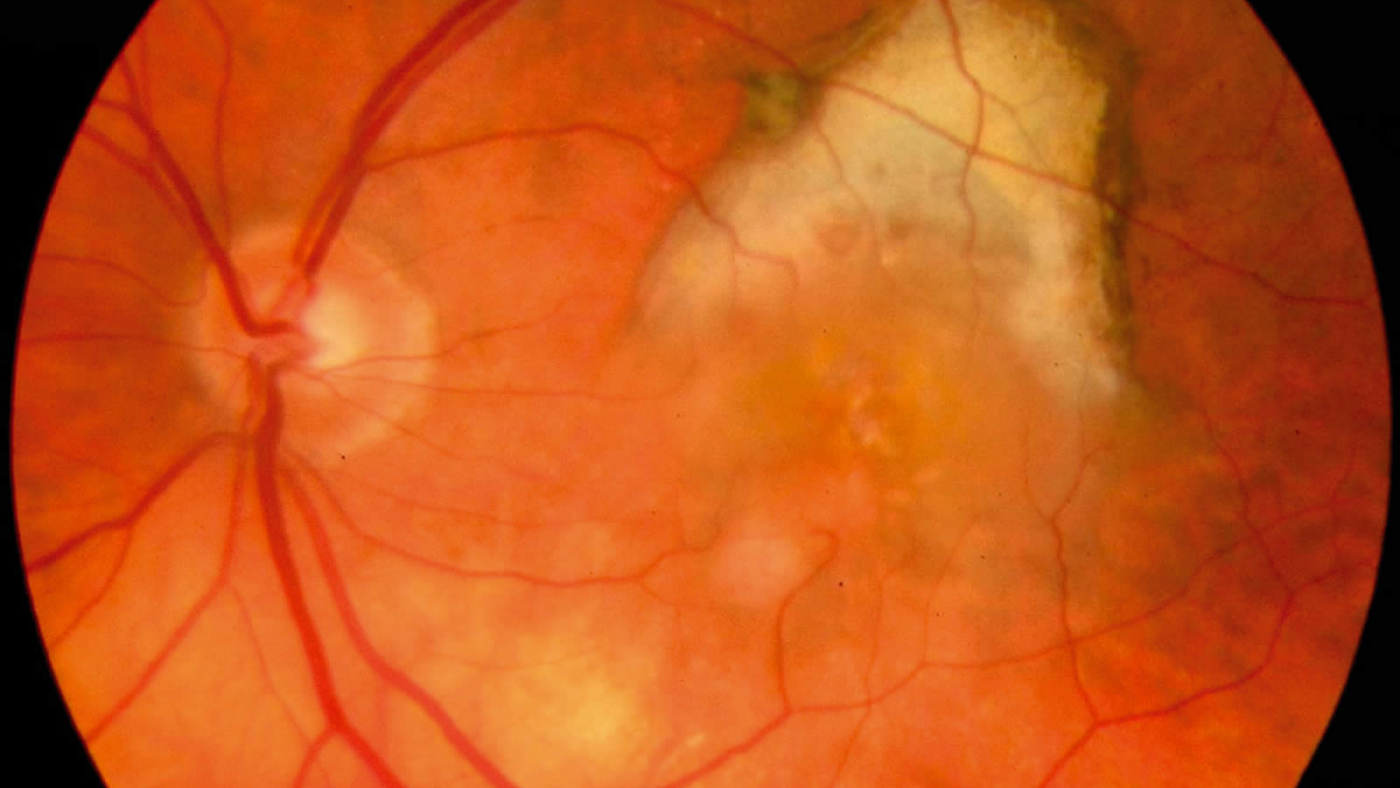 Embryonic stem (ES) cell-like stem cells made from adult cells—and morphed into eye cells—are not rejected by the immune system, according to “humanized mouse” data in Cell Stem Cell.

The Cell Stem Cell paper also offered a different kind of eye-opener however: while eye cells (called retinal pigment epithelium (RPE)) cells from iPSCs are accepted by the immune system, other cells from the same iPSCs may be rejected: smooth muscle cells (SMCs).

“I found this paper striking,” Paul Knoepfler, Ph.D., University of Southern California San Diego (USCD) iPSC expert, told Bioscience Technology. Knoepfler was uninvolved with the study. “There was a presumption that we could make cells from iPSCs and give them back to the patient and not worry about it. That this may not always be true should be on our radar screens, especially given the momentum out there to do clinical studies with iPSCs.”

Paul Fairchild, D.Phil., co-director of the University of Oxford Stem Cell Institute, also researches iPSC immunogenicity. “This is an elegant piece of work, which appears to corroborate earlier findings of the immunogenicity of syngeneic iPSC-derived tissues in mice,” he told Bioscience Technology, if he added that more work is needed.

Said USCD stem cell researcher and senior author Yang Xu, Ph.D., to Bioscience Technology: “The most important next step is to evaluate the immunogenicity of other cell types derived from iPSCs, and identify approaches to minimize epigenetic abnormalities of iPSCs.”

For the study, RPE cells and SMCs created from human fetal iPSCs were transplanted into humanized mice. Those mice possessed immune systems made from the same human fetal cells as the RPEs and SMCs.

IPSCs are stem cells with many qualities of potent ES cells—without coming from embryos, being dedifferentiated from adult cells. Kyoto University’s Shinya Yamanaka in 2012 won the Nobel Prize for devising the protocol. It was first thought the new ES cell-like cells should not be rejected by immune systems of patients from whom they were derived. But a handful of studies have found some iPSC-derived cells are rejected, others not. There has been little understanding why.

Using a Hu-mouse, Xu’s team found potential answers. They saw that iPSC-derived SMCs repeatedly created a large immune response in humanized mice (made from the same human fetal cells). IPSC-derived RPE cells were not rejected. This was true both of RPE and SMC cells isolated from teratomas, and differentiated in vitro via standard protocols.

The epigenetic, or non-heritable, abnormality of iPSCs “might have distinct impact on different cell types derived from iPSCs,” Xu told Bioscience Technology. “This could be the underlying mechanism explaining why immunogenic proteins are expressed in iPSC-derived SMCs, but not in iPSC-derived RPEs. In this study, the iPSCs are reprogrammed from fetal fibroblasts of the same individual, so we cannot use iPSCs of other sources. But we will use Hu-mice to evaluate the immunogenicity of iPSCs reprogrammed with different approaches that might minimize epigenetic abnormality.”

Since his team was first to impart the unexpected 2011 news that iPSCs could generate cells immunogenic in syngeneic mice (made from the same ES cells as the iPSCs) “there have been numerous studies to further evaluate the immunogenicity of iPSC-derived cells,” Xu said. “Based on the literature, it is not surprising that some cells derived from iPSCs can be immunogenic to the autologous immune system.”

Much hope, many questions

But it has raised questions. Nick Zavazava, M.D., Ph.D., a University of Iowa stem cell scientist, has also investigated the iPSC immunogenicity. While Xu’s study represents a “first” in its use of Hu-mice to look at iPSC rejection, it doesn’t “reveal differences between tissues.”

The team, he said, “needs to test RPEs from other labs, because if their protocol allows continued expression of the genes Zg16 and Hormad1, maybe it is not good enough; i.e., they carry antigens normally expressed in teratomas. These proteins are normally expressed in germ cells and cancer cells. There is no proof their differentiation protocol is rigorous enough. The significance of the T cell repertoire data has not been explained well enough. The data are difficult to interpret.”

He added there are “vast differences in the differentiation protocols in different labs.”

Zavazava said their SMC protocol may not be “good enough. It allows the expression of those antigens that do not appear on somatic smooth muscles. That is why they are rejected.” Xu responded this was “not exactly” true. In the study he first showed that “SMC spontaneously differentiated from various lines of iPSCs in teratomas are immunogenic to the autologous immune system. This type of spontaneous differentiation within teratomas is more close to physiology than in vitro differentiation protocols.”

Noting syngeneic ES-cell controls might have helped, Zavazava said he believed the Xu team should have kept trying to produce less immunogenic SMCs..Xu agreed it is likely “some hiPSCs can generate less immunogenic SMCs, as not all SMCs within teratomas are immunogenic to autologous immune systems.” He noted his team “did state in the discussion: `While SMCs differentiated from iPSCs exhibit functionalities and global gene expression profiles highly similar to those of normal human counterparts, the finding that the immunogenic antigens expressed in iPSC-derived SMCs are not expressed by normal human SMCs suggests that further improvement of the robustness of the differentiation process of iPSCs could help to reduce the immunogenicity of iPSC-derived cells.’”

Xu added syngeneic ES cells were not possible as his humanized mice “reconstituted with human immune systems are generated by transplanting human fetal liver and fetal thymus” into immunodeficient mice.

Others suggest immunogenicity should have been demonstrated by more than graft infiltration of immune cells. But Xu says his group did “show the rejection of the iPSC-derived cells expressing immunogenic proteins in, Fig. 4,” where it indicated rejected cells did not last; control cells did.Another concern expressed: more concrete evidence might have been offered for proper human immune system modelling than just rejection of grafts of ZG16-expressing cells as shown in Fig. 1c, where there was an N=2 only. Xu says “the key data to show that Zg16-expressing cells derived from iPSCs are immune rejected are included in Fig. 4, not Fig. 1c.”

Some say those allogeneic hESC-derived teratomas should not have survived in the Hu-mice after five weeks (Fig. 3a). A truly immune-competent Hu-mouse should perhaps reject those allogeneic human ES cells sooner. But Xu says “the immune competence of humanized mice has been described in detail in a previous publication of ours. Teratomas contain cells of various lineages. Some do not express Class II MHCs or express immune suppressive molecules, so they will not be effectively rejected by allogenic immune system.”

Xu explains the ES-cell teratoma response “involved almost 30 percent of all T cells, as TCR (T cell receptors) directly interact with allogeneic MHCs no matter whether foreign or self-peptides are present, so they are as polyclonal as the peripheral blood.” But “only T cells specific for a number of immunogenic antigens will proliferate in the graft, leading to oligoclonal TCR.”

Knoepfler says that, while more work needs to be done, “the topic of potential immunogenicity of iPSCs is important. This study adds to our understanding. In the future, maybe we will have high-throughput assays for test runs prior to putting cells in patients.”

Xu’s group “humanized recipient mice by implanting human fetal thymus and fetal liver,” Fairchild noted to Bioscience Technology. “They might legitimately argue these tissues would provide a source of human Zg16 against which the T cell repertoire would have been selected. I am not convinced this would necessarily be the case. Without removing the endogenous murine thymus, the peripheral T cell repertoire would be composed of a mixture of T cells, some educated in the murine thymus, some selected in the implanted human fetal thymus. Only the latter would have been rendered tolerant of the human version of Zg16. Those emerging from the murine thymus would still recognize the human protein as foreign, and respond accordingly.”

Still, Fairchild agrees the study advances understanding. “The use of a humanized model goes one stage further to suggest the immune response may limit future success of cell replacement therapies, with significant implications for regenerative medicine. Nevertheless, the results pose unanswered questions which suggest the jury may still be out. The rejection of autologous tissues depends on self-antigens, such as Zg16 and Hormad1, behaving as if foreign to the body, a situation which would require them to have failed to participate in normal processes that impose self-tolerance during selection of the T cell repertoire. It would be interesting to assess the availability of candidate antigens in the thymus, either through their endogenous expression or importation from peripheral sites, to determine whether they truly fulfill these essential criteria.”

He said the presence of two thymi matters, even though SMC and RPE were compared in the same system. “The differential immunogenicity of RPE and SMC may suggest any contribution from the murine thymus is minimal. My difficulty is that I don’t understand why, with two populations of T cells educated in thymi from different species, it is possible to achieve such apparently unequivocal results. This is a problem I have with all humanized mouse models. They tend to be so complex, it can be very difficult to interpret the results.”

Responded Xu: “This human data should be considered in context of previous mouse studies showing that Zg16, Hormad1, etc., are not involved in negative section in mouse thymus. So they can induce immune responses in syngeneic recipients when ectopically expressed by iPSC-derived cells.”