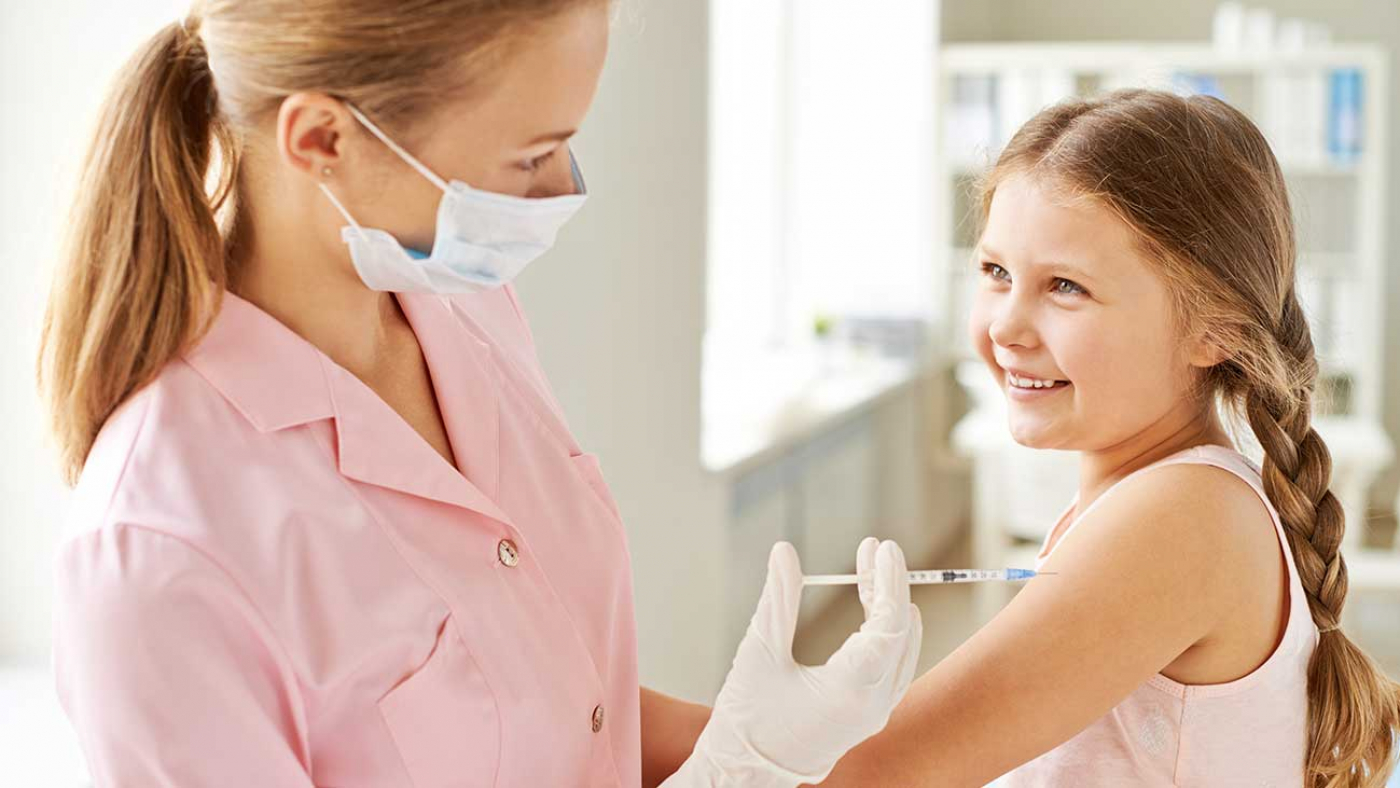 We share more than food and culture within our homes and communities. We can also spread disease. Luckily, we live in a time when vaccines can protect us from many of the most severe illnesses. Staying current on your shots helps you—and your neighbors—avoid getting and spreading disease.

Vaccines have led to significant reductions in illness and death for both kids and adults, says Dr. David M. Koelle, a vaccine expert at the University of Washington in Seattle. One study estimated that, among U.S. children born from 1994 to 2013, vaccines would prevent about 322 million illnesses, 21 million hospitalizations, and 732,000 deaths.

Vaccines harness your immune system’s natural ability to detect and destroy disease-causing germs and then “remember” the best way to fight these germs in the future. Vaccination, or immunization, has completely eliminated naturally occurring smallpox worldwide—to the point that we no longer need to get shots against this fast-spreading, deadly disease. Polio has been eliminated in the U.S. and most other nations as well, thanks to immunizations. Poliovirus can affect the brain and spinal cord, leaving people unable to move their arms or legs, or sometimes unable to breathe.

“These childhood diseases used to be dreaded problems that would kill or paralyze children,” says Koelle. “In the 1950s, it was a common occurrence for kids to be fine in the spring, get polio over the summer, and then have to go back to school in the fall no longer able to walk.”

Experts recommend that healthy children and teens get shots against 16 diseases (see Wise Choices box). With these shots, many disabling or life-threatening illnesses have significantly declined in the U.S., including measles, rubella, and whooping cough. But, unlike smallpox, these disease-causing germs, or pathogens, are still causing infections around the world.

“These days, the risks of not being vaccinated in a developed country, like the United States, may seem superficially safe because of low rates of infection due to vaccination and other advances in public health,” Koelle says. “But we live in an era of international travel where we can be exposed to mobile pathogens.” So even if you don’t travel, a neighbor or classmate could go overseas and bring the disease back to your area.

“When the rates of vaccination drop, there can be a resurgence of the disease,” explains Dr. Saad Omer, a global health researcher at Emory University in Atlanta. For instance, measles was eliminated in the U.S. in 2000. But since then, thousands of cases have occurred, mostly related to travel.

Omer and colleagues examined U.S. reports on measles outbreaks since 2000. “We found that measles cases have occurred mostly in those who are not vaccinated and in communities that have lower rates of vaccination. And that’s true for many vaccine-preventable diseases,” he says. Most of the unvaccinated cases were those who chose not to be vaccinated or not have their children immunized for non-medical reasons.

When enough people are vaccinated, the entire community gains protection from the disease. This is called community immunity. It helps to stop the spread of disease and protects the most vulnerable: newborns, the elderly, and people fighting severe illnesses like cancer. During these times, your immune system is often too weak to fend off disease and may not be strong enough for vaccinations. Avoiding exposure becomes key.

“There’s a huge benefit to all of us getting the recommended vaccines,” explains Dr. Martha Alexander-Miller, an immune system expert at Wake Forest Baptist Medical Center in Winston-Salem, North Carolina. “Number one, vaccines protect you. But they also limit the presence of disease-causing entities that are circulating in the community. So, you’re helping to protect individuals who may not be capable of protecting themselves, for example, because they are too young to get vaccinated.”

When expectant moms are vaccinated, immune protection can pass through the placenta to the fetus. “Early on, the baby’s immune system is immature. So there’s a period of vulnerability where disease and death can occur,” Omer explains. “But the mother’s antibodies—proteins formed by her immune system—can protect the baby.” 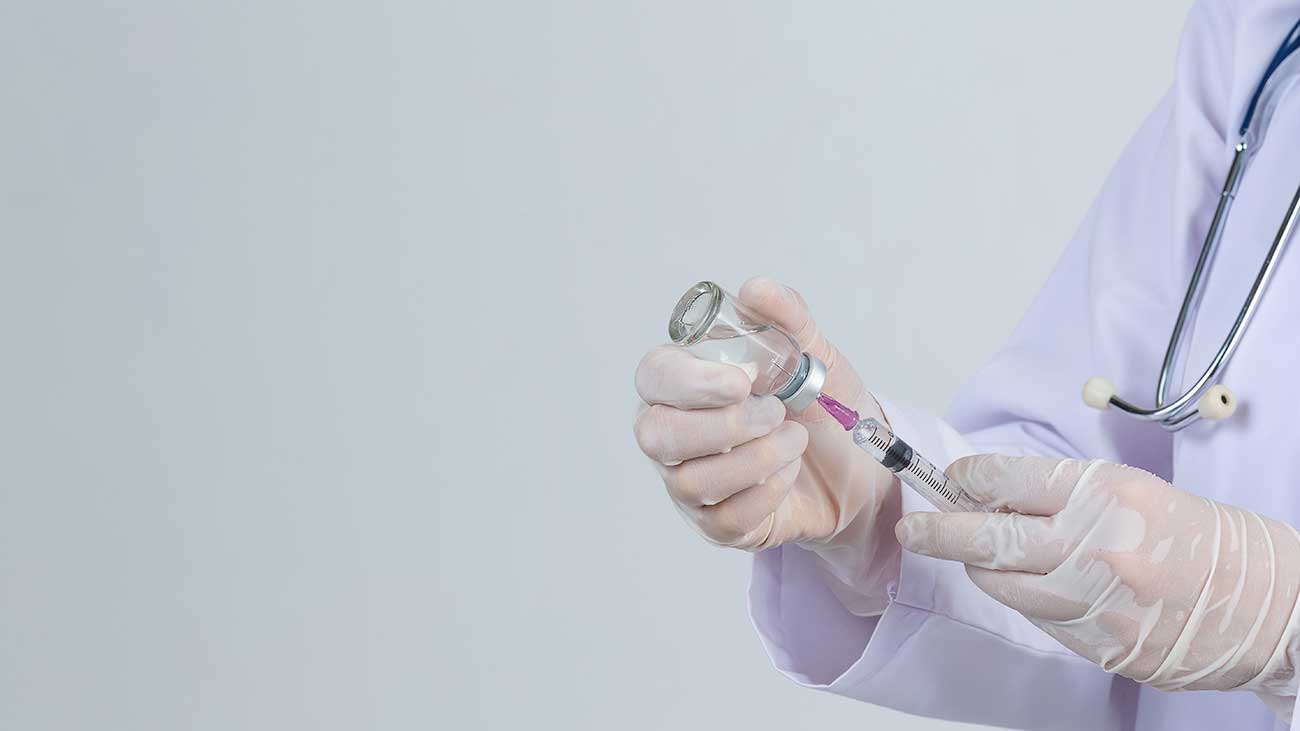 Doctors recommend that moms-to-be get both flu and Tdap (tetanus, diphtheria, and whooping cough) shots. A mother’s antibodies can help protect the newborn until they can receive their vaccinations.

Some vaccines must be given before pregnancy. Rubella, for instance, can cause life-altering congenital disabilities or miscarriage if contracted during pregnancy. There’s no treatment, but the measles, mumps, and rubella (MMR) vaccine offer prevention. Vaccines for many other common diseases that put newborns at risk are being studied.

“We’ve made amazing progress in the development of effective vaccines,” says Alexander-Miller. “Our ability to have such breakthroughs is the result of fundamental research that went on for years and years.” NIH-funded scientists continue to search for new ways to stimulate protection against various diseases.

Koelle studies how our bodies fight herpes viruses. There are eight related herpes viruses, but the body responds differently to each one. So far, we only have vaccines for one: varicella-zoster virus, which causes chickenpox and shingles.

Koelle’s team is comparing how our immune system responds to chickenpox and the herpes simplex viruses, which cause mouth and genital sores. “We’re hoping to harness the success that has been possible with the chickenpox vaccine and saw if we can create a vaccine that would work for both chickenpox and shingles and also herpes simplex,” he says.

Researchers are also working to improve existing vaccines. Some vaccines require a series of shots to trigger a robust immune response. The protection of other vaccines can fade over time so that booster shots may be needed. Some, like the flu vaccine, require a chance each year because the virus changes so that the vaccine no longer protects against new strains. So keeping up with the latest flu vaccines is essential.

Ask your doctor’s office whether your vaccinations are current. You may also find records of vaccinations at your state health department or schools. If you can’t see your documents, ask your doctor if it’s okay to get a vaccine you might have received before.

Most side effects of vaccines are mild, such as a sore arm, headache, or low-grade fever.