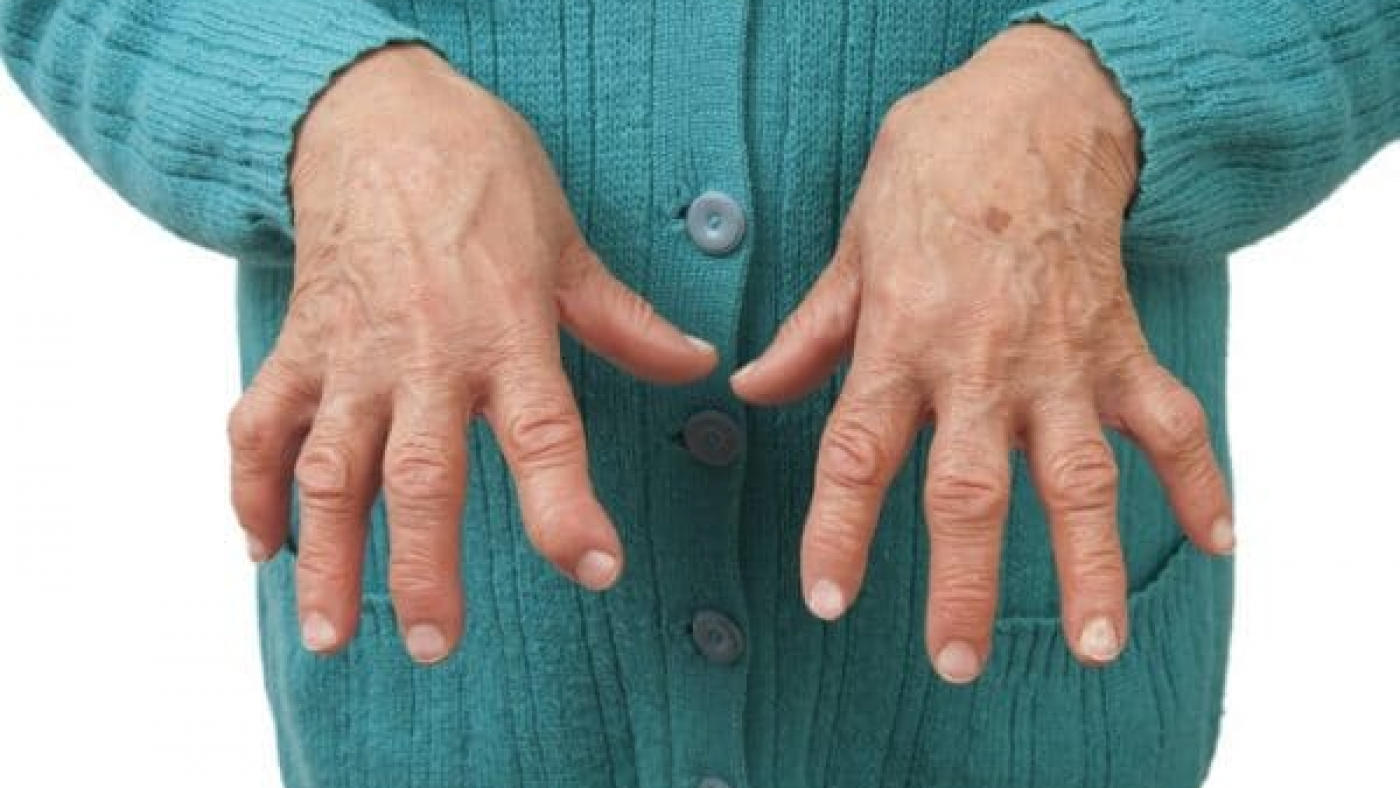 Established wisdom holds that patients with rheumatoid arthritis (RA) will fare better if their disease is diagnosed as early as possible, and treatments with disease-modifying drugs are started before inflammation can do more damage to joints and tissue. Usually, early diagnosis means spotting the clinical signs of disease, but new research tells us more about possible clues that present even earlier.
Individuals at risk for RA move along a spectrum of six phases, potentially triggering factors and events that lead to diagnosed disease, according to a chart created by the European League Against Rheumatism (EULAR) Standing Committee on Investigative Rheumatology.1 These phases are possible signposts to alert rheumatologists to either track certain patients more closely, or even intervene with therapy, say arthritis researchers Kulveer Mankia, MA, MCRP, and Paul Emery, MA, MD, FRCP, FMedSci, both at the Leeds Institute of Rheumatic and Musculoskeletal Medicine in the United Kingdom.
In their paper, “Preclinical Rheumatoid Arthritis: Progress Toward Prevention,” published in Arthritis & Rheumatology in April, they delve into the latest research on genetic and environmental risk factors, events that may set localized autoimmunity in motion, which patients may be most likely to move to the final phase of pathological disease, and what interventions could be most helpful.
“Preclinical, systemic autoimmunity definitely occurs,” says Prof. Emery. “Identifying individuals with the presence of autoantibodies against citrullinated proteins is the main method of identifying patients in a preclinical phase.”
Not every patient, even those who get to the third phase of the spectrum, systemic autoimmunity, becomes symptomatic or develops clinical arthritis, he adds. Thus, terms like preclinical RA or pre-RA should be used only to look back at earlier signs once disease is confirmed. Recent advances in both diagnostic tools and our understanding of autoimmunity may allow rheumatologists to stop the process before a patient exhibits pathological changes.
“To intervene early, it is necessary to have predictors of imminent RA,” says Prof. Emery. “In a number of papers, we have now identified particular imaging and immunological abnormalities as accurate predictors.”3,4

What may propel an individual from genetic and environmental risks to that important third phase, systemic auto­immunity? Localized autoimmunity that starts at mucosal surfaces, such as the mouth, lung or gut, may tell us which patients may be most likely to move ahead on the spectrum, says Prof. Emery. Events on those mucosal surfaces may trigger the ACPA responses that play a role in RA development.
For example, the bacterium involved in periodontal disease, Porphyromonas gingi­valis, may set in motion a chain of events that causes citrullinated antigens to be produced in the mouth, causing an ACPA response.7 There is a strong association between periodontal disease and RA in ACPA-positive patients, and anti-cyclic citrullinated peptide (anti-CCP) antibodies have been found in the saliva of people with RA.8,9
The lung is another site where autoimmunity may begin. Smoking is associated with citrullination in the lung mucosal surfaces in people with ACPA-positive RA, and that process may produce antigens that lead to first local, then systemic, autoimmunity, say Ms. Mankia and Prof. Emery.10 Whether they smoke or not, patients with ACPA-positive, early RA may have abnormal changes in their lungs that can be spotted on high-resolution computed tomography (HRCT) imaging scans.11
Similarly, the gut may also be an important place to look for signs of localized autoimmunity. An imbalance of bacteria in the gut can disrupt the normal balance of T cells and lead to auto­immunity.12 New, untreated RA patients show higher levels of Lactobacillus and Prevotella copri in their guts.13,14 We do not yet know if gut dysbiosis triggers autoimmunity or is the result of it, the authors add.
Autoantibodies against carbamylated proteins (anti-CarP) are another important serum biomarker in preclinical disease. They have been identified in the serum of at-risk patients before RA developed, including in 39% of seropositive patients with arthralgia compared to only 6% of controls in one study.15
No matter where autoimmunity begins, ACPAs and rheumatoid factor may be found in blood serum years before an individual develops clinical RA, and auto­antibodies will increase as disease ap­proaches. So testing at-risk patients for those signs could be clinically useful, says Prof. Emery.
“In patients who have positive auto­antibodies, we now have a list of risk factors which can help predict progression. Thus, patients with a positive ACPA test should be thoroughly assessed,” he says.
However, autoantibodies alone won’t effectively pinpoint who is most at risk for RA in the wider population, says Prof. Emery. Data from a Dutch cohort show that while 40% of RA patients test positive for anti-CCP antibodies before diagnosis, the same positive test result only has a five-year positive predictive value of RA in 5% of the general population.16 Testing a large group of people without other factors to identify elevated risk is expensive, so patients should have other risk factors before testing is conducted, says Prof. Emery.
“Screening for autoantibodies at the population level has not proven to be cost-effective mainly because, in isolation, the presence of a low-titer autoantibody does not predict progression” of RA, he says. “Thus, we use links with primary care physicians to identify patients with other risk factors, particularly new musculoskeletal symptoms, which identify an ACPA-positive group more likely to progress.”

Patients may only seek medical care when they have one or more of those musculoskeletal symptoms: pain, fatigue, morning joint stiffness, muscle weakness, burning sensations or skin warmth and redness.17 These signs can show up before clinical arthritis develops, and are the fourth phase on the RA progression spectrum. Could certain symptoms point to those at higher risk to move forward to disease?
There’s some evidence that symptoms can be early predictors of disease risk. In one study, 20% of seropositive patients with arthralgia went on to develop arthritis within about two years. Of these patients, 60% of those who had symmetric small joint pain and morning stiffness progressed.18 Another study showed that small joint tenderness and early morning stiffness of 30 minutes or longer were associated with higher risk of progression to arthritis.19
Rheumatologists won’t always know a patient’s serological status when he or she presents with musculoskeletal symptoms that could point to elevated risk of RA. If they do show up at the clinic with early signs of risk, it’s important to test them, says Prof. Emery.
“It’s worth fully assessing patients, and if they are at high risk, then weight loss and smoking cessation should certainly be advised, although definitive evidence of the benefit is currently being investigated,” he says. Groups of patients with arthralgia that could be clinically suspect are now being studied to clarify whether or not symptoms alone could point to higher RA risk.20

Patients who have symptoms, but haven’t yet progressed to clinical RA, may already have joint inflammation. While a rheumatologist may be able to detect soft-tissue swelling at some point, new imaging techniques could help us spot inflammation earlier, says Prof. Emery.
“Imaging undoubtedly is a key factor in predicting progression, identifying those who will progress, and also the speed at which they will progress,” he says. Different ultrasound techniques have been tested in a Netherlands-based study to see how well they detect joint abnormalities in pre-RA patients who were both seropositive and had arthralgia.21 “Currently, the most effective predictor is the presence of significant power Doppler [or signs of joint abnormalities on a power Doppler scan], which has a hazard ratio of 33 for developing rheumatoid arthritis.”
Magnetic resonance imaging (MRI) has also been tested on ACPA-positive, at-risk patients as a way to spot early synovial inflammation. So far, MRI has been shown to be most effective at detecting synovitis in the small joints of the hands and feet, including anti-CCP positive patients with pain, but not yet clinical arthritis.22 Also, in a large study, MRI showed significant inflammation in 44% of 93 patients with arthralgia.23 However, MRI can also show evidence of synovitis in healthy patients, Ms. Mankia and Prof. Emery say. So MRI may be a highly sensitive, but not highly specific, tool in assessing RA risk, they add.
Other imaging techniques may be more specific, such as macrophage positron emission tomography (PET). One small study of ACPA-positive patients with arthralgia, but not clinical arthritis, showed that PET was highly specific in identifying who would progress.24 PET hasn’t yet been compared with ultrasound and MRI, and both the effects of the radiation dose and the high cost of serial imaging may raise concerns, Prof. Emery says.

Managing Those at Risk

Combined biomarkers of pre-RA may help rheumatologists predict who will develop the disease. New tools are in development to stratify risk. One of the most successful models combines clinical features, serological results, and ultrasound power Doppler signal. Using data from a Leeds University cohort, 72% of the patients identified as high risk did progress to arthritis within two years.25
The goal of all preclinical testing and risk assessment is to intervene earlier and manage RA more effectively, says Prof. Emery.
“Given the potential for a major change in the outcome of the disease, there is justification for earlier biomarker testing, although the research is relatively new,” he says. Early intervention strategies could include advising patients of how to modify known risk factors, like quitting smoking, losing excess weight, or treating periodontal disease or gut dysbiosis. A second, possible intervention strategy is to start disease-modifying drug therapy earlier, because systemic autoimmunity may begin well before clinical disease, Ms. Mankia and Prof. Emery say. Currently, trials of abatacept and rituximab to prevent arthritis development in the at-risk population are both in progress.
Early intervention—and potentially changing RA’s course—is now a “realistic goal,” says Prof. Emery. Communication with at-risk patients and other care providers who may see these patients before referral to a rheumatologist may help us reach this goal, he adds.
“Rheumatologists can encourage an earlier achievement of prevention by making people aware of the evidence now available, and using this information to develop links with primary care.”
Source: http://www.the-rheumatologist.org/article/rheumatoid-arthritis-research-provides-new-insights-risk-factors-identification-tools-intervention/?singlepage=1
Date: 03/10/2017
For more information about Clinical Research in Rheumatology or Rheumatoid Arthritis Research, Contact Us
Rheumatoid Arthritis Research