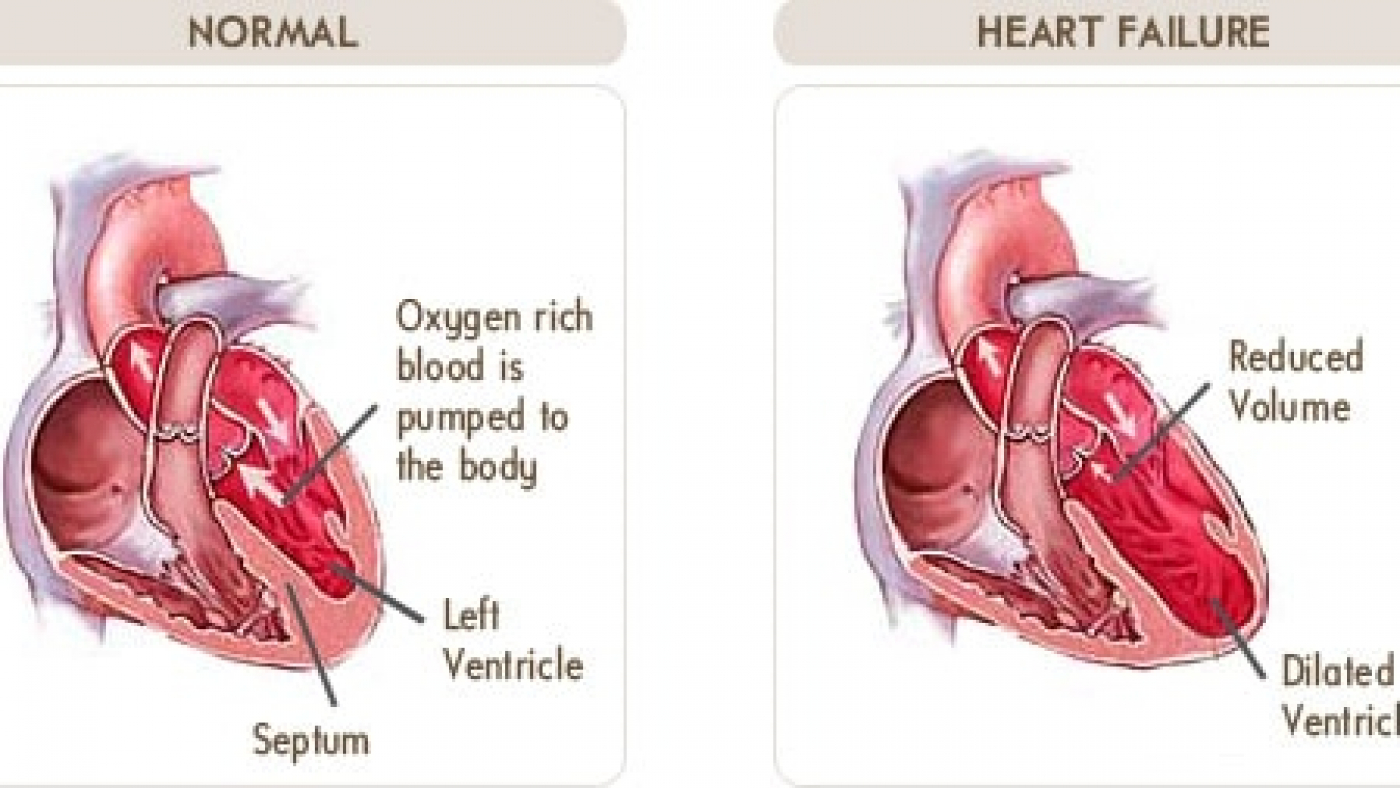 Researchers from the Gladstone Institutes have discovered that newly-developed cancer drugs may also provide a treatment option for heart failure patients.
Heart failure is the leading cause of mortality, hospitalization and healthcare costs in the U.S. Even though there are currently-approved drugs on the market, the five-year mortality rate after diagnosis is close to 40 percent.
The new agent, which was successfully tested in mice and human heart cell lines, is a drug-like small molecule called JQ1.  It is part of a class of compounds called BET bromodomain inhibitors, which act by blocking a protein known as BRD4.
Drugs derived from JQ1 are currently being investigated in early human cancer trials, but researchers including senior author Saptarsi Haldar, M.D., an associate investigator at Gladstone, decided to look at this target for heart failure.Transforming this drug into one of the Preclinical Cancer Drug Discoveries.
“We recognized that there may be some shared features of cancer pathogenesis and heart failure pathobiology – namely the “dependence” on transcriptional signaling to sustain a pathological state,” Haldar told Bioscience Technology.
This is particularly interesting, Haldar said, because it means in contrast to many cancer drugs, which are toxic to the heart, that BET inhibitors may actually be a special class of drugs that have both anti-cancer and cardioprotective properties.
BET bromodomains are a good target because they directly influence heart failure.
“BET bromodomains are key signaling molecules in the nucleus that trigger excessive induction of a broad program of stress-response genes during heart failure,” Haldar explained. “Many of these genes are involved in fibrosis and inflammation, processes which are detrimental to the heart if they are overactive or go on for too long.”
Unlike current heart failure drugs, such as beta blockers and ACE-inhibitors, which generally block stress hormones at the cell surface, BET bromodomain inhibitors dampen down the stress responses at the final convergence point for stress signals – at the level of gene transcription in the nucleus.
Previous work found that JQ1 could prevent heart failure in mouse models when administered at the onset of the disease, however the current study shows that JQ1 can successfully treat severe, pre-established heart failure by inhibiting inflammation and scarring of the heart tissue, or fibrosis.
Mice were given a dose of 50 mg/kg/day, late in the disease process when robust, pre-existing pathology was already present.
“In mouse models, we found that JQ1 improved all hallmark features of heart failure,” Haldar, also an associate professor in the Department of Medicine at the University of California, San Francisco, said. “Improved pumping function, less cardiac enlargement, and less scar tissue deposition (fibrosis).”
Next they used induced pluripotent stem cells (iPSCs), derived from adult human skin cells to create heart cell known as cardiomyocytes, to test the drug in cell culture.
“We showed that JQ1 suppressed key features of pathological stress responses in these human cells, including inflammation and fibrosis causing pathways,” Haldar said. “Findings which strongly paralleled our animal studies.”
The team, including co-first author Qiming Duan, M.D., Ph.D., postdoctoral scholar in Haldar’s lab, did not observe any weight loss or lethargy in mice, but human studies in cancer are underway to define what the side effect profile in humans will look like, Haldar noted.
A drop in platelet counts is one effect that has been seen in phase 1 cancer trials, he added.
“While potent drugs like BET inhibitors will certainly have on-target side effects, it is our hope that a tractable therapeutic window can be established for heart disease,” Haldar said.
JQ1 also did not block normal “physiologic” cardiac growth during endurance exercise training in mice, supporting its tolerability.
The next step will be to perform more preclinical studies, including testing BET inhibitor drugs in large animal models of heart failure, according to Haldar.  The team’s contemplation of a potential first-in-human study in the cardiac space will be guided by the ongoing results of Phase 1 and 2 cancer trials, he noted.
Sarah McMahon, a UCSF graduate student in Haldar’s lab was co-first author on the paper.
The findings were published in Science Translational Medicine.