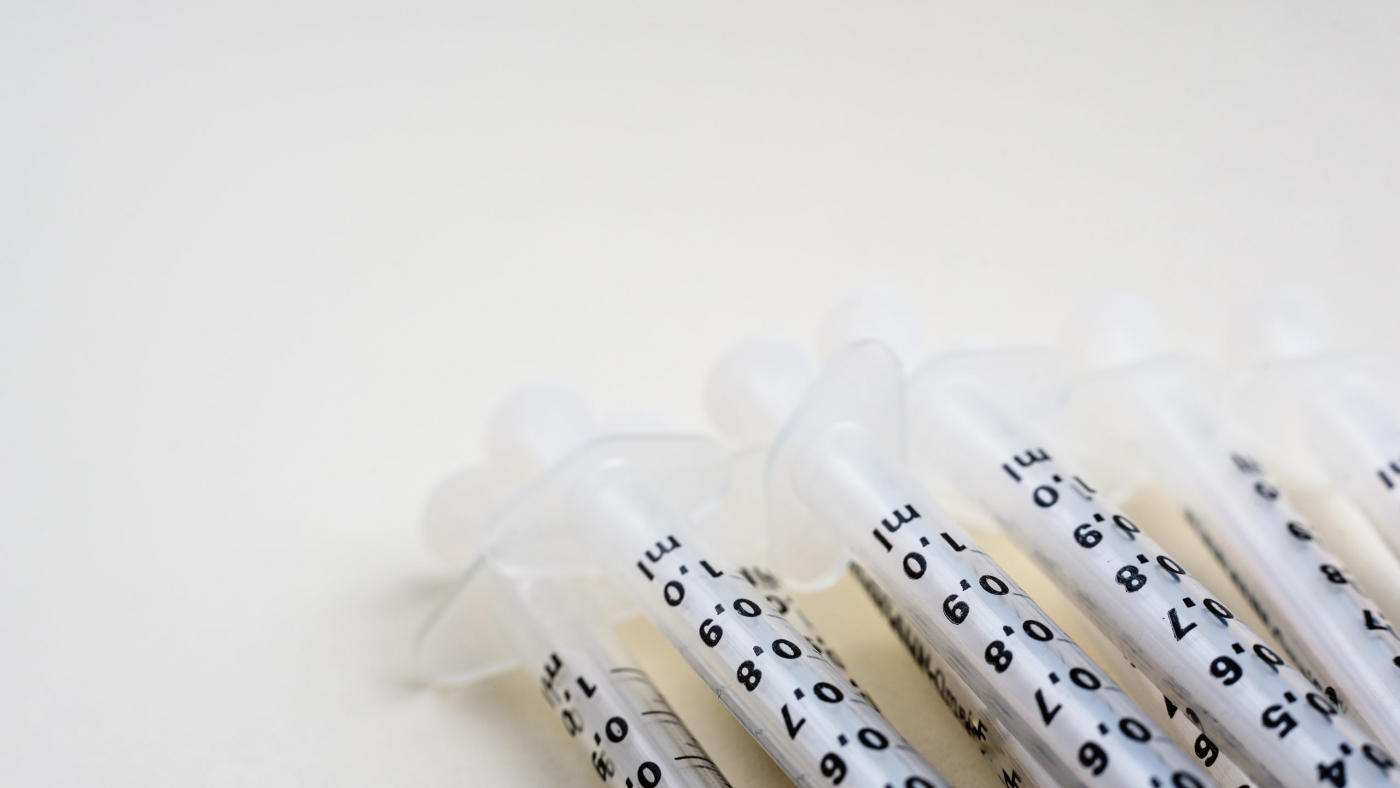 A new type of cancer vaccine has yielded promising results in an initial clinical trial conducted at the Perelman School of Medicine at the University of Pennsylvania and the Abramson Cancer Center of the University of Pennsylvania. The personalized vaccine is made from patients’ own immune cells, which are exposed in the laboratory to the contents of the patients’ tumor cells, and then injected into the patients to initiate a wider immune response. The trial, conducted in advanced ovarian cancer patients, was a pilot trial aimed primarily at determining safety and feasibility, but there were clear signs that it could be effective: About half of the vaccinated patients showed signs of anti-tumor T-cell responses, and those “responders” tended to live much longer without tumor progression than those who didn’t respond. One patient, after two years of vaccinations, was disease-free for another five years without further treatment. The study is published today in Science Translational Medicine.

The study was led by Lana Kandalaft, PharmD, PhD, MTR, George Coukos, MD, PhD, and Alexandre Harari, PhD, of the Lausanne Branch of the Ludwig Institute for Cancer Research. Kandalaft and Coukos devised a novel method for making a vaccine of this sort while at the Perelman School of Medicine at the University of Pennsylvania.

Most cancer vaccines developed to date have been designed to recognize and attack a specific known molecule—such as a cell-surface receptor—that is likely to be found on cancerous cells in any patient with that type of tumor. The approach taken by the Lausanne-Penn team is more ambitious. Each vaccine is essentially personalized for the individual patient, using the patient’s own tumor which has a unique set of mutations and thus a unique presentation to the immune system. It is also a whole-tumor vaccine, meant to stimulate an immune response against not just one tumor-associated target but hundreds or thousands.

“The idea is to mobilize an immune response that will target the tumor very broadly, hitting a variety of markers including some that would be found only on that particular tumor,” Tanyi said.

The vaccine harnesses the natural process of T-cell immunity to tumors but enhances it to help overcome tumors’ formidable defenses. Tanyi and colleagues made each patient’s vaccine by sifting through the patient’s own peripheral blood mononuclear cells for suitable precursor cells, and then growing these, in the lab, into a large population of dendritic cells. Dendritic cells are essential for an effective T-cell immune response. They normally ingest infectious pathogens, tumor cells, or anything else considered “foreign,” and re-display pieces of the invader to T-cells and other elements of the immune system, to trigger a specific response. The researchers exposed the dendritic cells to specially prepared extracts of the patient’s tumor, activated the cells with interferon gamma, and injected them into the patient’s lymph nodes, in order to prime a T-cell response.

The team tested this strategy on a total of 25 patients, each of whom received a dose of tumor-exposed dendritic cells every three weeks, in some cases for more than six months. Half of the patients that could be evaluated showed big increases in the numbers of T-cells specifically reactive to tumor material, indicating a good response to vaccination.

“The 2-year overall survival rate of these responder patients was 100 percent, whereas the rate for non-responders was just 25 percent,” Tanyi said.

One patient, a 46-year old woman, started the trial with stage 4 ovarian cancer—which generally has a very poor prognosis—following five prior courses of chemotherapy. She received 28 doses of her personalized vaccine over a two-year period, and thereafter remained disease-free for five years.

Also promising was the finding, in tests on several of the responders, of vaccine-induced T-cells that showed high affinity for unique structures (“neoepitopes”) on their tumors. In principle, an attack by such T-cells on tumors should be particularly powerful as well as highly tumor-specific and thus sparing of healthy cells.

Tumors typically have a repertoire of molecular defenses they can use to suppress or evade immune attacks, which is why cancer vaccines and immunotherapies have had mixed results in clinical trials to date. Tanyi and colleagues therefore hope in future to enhance the effectiveness of their vaccine by combining it with other drugs that deactivate tumor anti-immune defenses.

The senior authors of the study were Alexandre Harari, George Coukos, and Lana E. Kandalaft, all of the Ludwig Institute for Cancer Research at the University of Lausanne. Kandalaft is also an adjunct assistant professor of obstetrics and gynecology at Penn Medicine.

Funding for the study was provided by the National Institutes of Health (P50 CA083638, R21 CA156224, 5P30 CA016520-36), the Marcus Foundation, the Ovarian Cancer Immunotherapy Initiative, the Ludwig Institute for Cancer Research at the University of Lausanne, and the Ovacure Foundation.