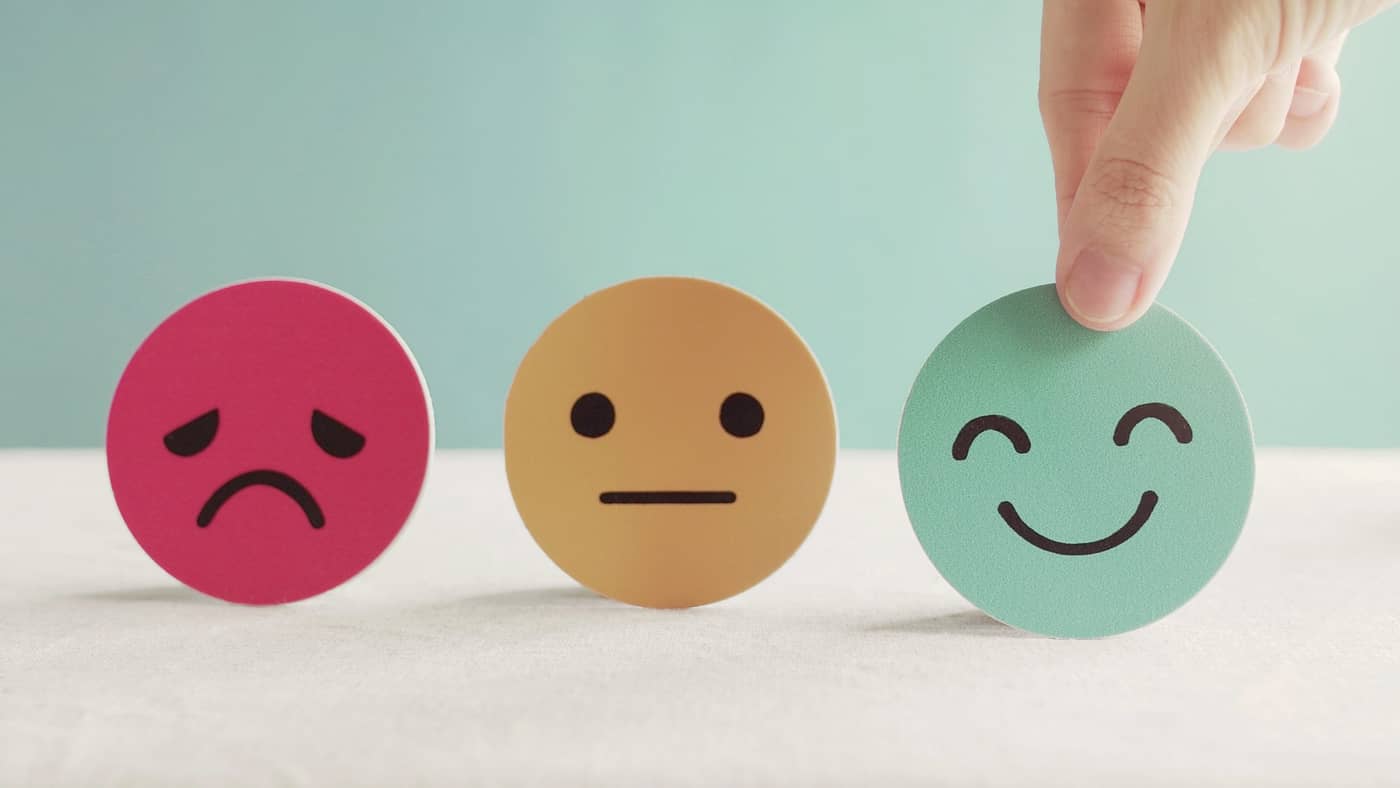 Our emotional state is governed partly by a tiny brain structure known as the amygdala, which is responsible for processing positive emotions such as happiness, and negative ones such as fear and anxiety.

A new study from MIT finds that these emotions are controlled by two populations of neurons that are genetically programmed to encode memories of either fearful or pleasurable events. Furthermore, these sets of cells inhibit each other, suggesting that an imbalance between these populations may be responsible for disorders such as depression and post-traumatic stress disorder.

“The positive memory cells identified by the genetic markers, which counter negative memory cells, promise an opportunity to identify effective molecular targets for treatment of emotional disorders such as depression and PTSD,” says Susumu Tonegawa, the Picower Professor of Biology and Neuroscience and director of the RIKEN-MIT Center for Neural Circuit Genetics at the Picower Institute for Learning and Memory.

Tonegawa is the senior author of the study, which appears in the Oct. 17 issue of Nature Neuroscience. Joshua Kim, an MIT graduate student, is the paper’s lead author.

In 2014, Tonegawa’s lab identified a brain circuit that links memories with positive or negative emotions. This circuit connects neurons in the hippocampus, which remember the memory’s context (what happened and where it happened), with neurons in the basolateral amygdala (BLA), which stores the emotional association of the event.

In that study, the researchers also showed that they could reverse a memory’s emotional associations, in mice. To achieve that, they artificially activated hippocampal cells that had been storing a negative memory, while the mouse was undergoing a happier experience. This weakened the fear association of the original memory and replaced it with a more positive feeling, as indicated by the mouse’s preference for a certain location in its container.

However, the same strategy had no effect on neurons of the BLA, suggesting those neurons are precommitted to encoding either fear or feelings of reward. “They seem fixed in terms of what behaviors they can drive,” Kim says.

In the new study, Tonegawa’s lab set out to identify genetic differences that could be used to distinguish the fear-responsive and reward-responsive populations. After analyzing all of the genes turned on in BLA cells, they came up with one gene that is found in BLA cells that encode positive memories but not in cells that encode negative memories. They also found another that exclusively marks the negative population.

“We don’t know what they’re doing exactly,” Kim said. “There should theoretically be a connection between the gene and cell function, but we don’t necessarily have to understand what the genes do. We’re just using them to discriminate the two populations.”

The researchers also discovered that each population of neurons can inhibit the other: When they stimulated activity in the reward neurons, activity in the fear neurons was suppressed, and vice versa. This suggests that the brain constantly balances activity between these two populations of neurons.

“Ultimately what we have is a seesaw between positive and negative,” Kim said. “It’s highly speculative, but anxiety and depression symptoms may be the result of an imbalance between these two populations.”

For example, it is possible that overexcitable fear neurons or less-excitable reward neurons may lead to abnormally strong feelings of fear or anxiety, such as those experienced by people suffering from post-traumatic stress disorder.

The researchers also explored the targets of the BLA, which sends messages to other parts of the brain to stimulate behavioral responses to fearful or pleasurable events. They found that the fear neurons project to a part of the brain called the nucleus accumbens, while reward neurons project to both the nucleus accumbens and another part of the amygdala, known as the central amygdala. Tonegawa’s lab is now investigating these circuits in more detail.

“These results represent a major advance in our understanding of how emotions are processed within the brain and how the balance between positive and negative emotional responses is resolved,” said Joshua Johansen, a faculty member at the RIKEN Brain Science Institute.

“The identification of molecular markers for the different amygdala cell populations allows, for the first time, targeted genetic access to these opposing emotional networks, opening the door to many future studies of emotional function and dysfunction,” says Johansen, who was not part of the research team.

The research was funded by the National Institutes of Health, the RIKEN Brain Science Institute, the Howard Hughes Medical Institute, and the JPB Foundation.