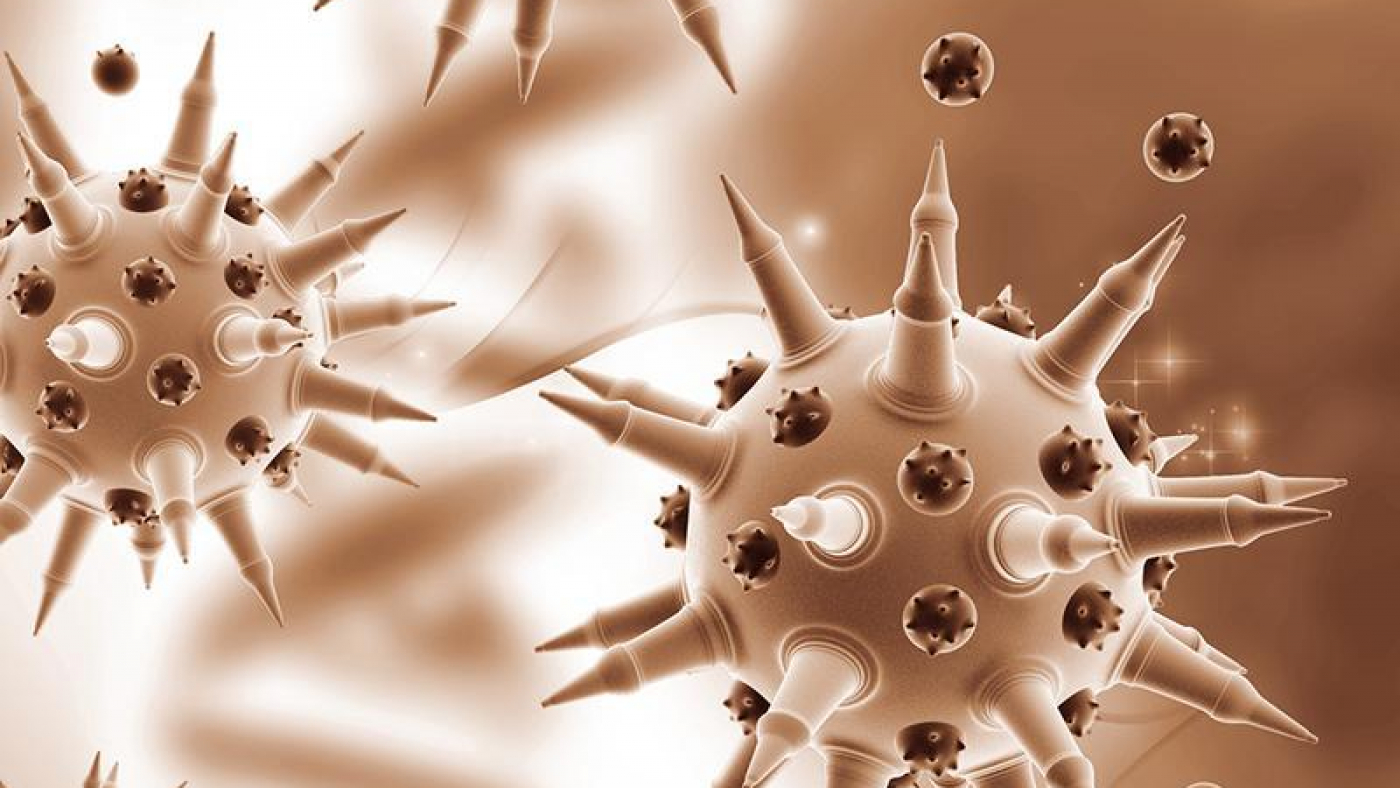 To infect its victims, influenza A heads for the lungs, where it latches onto sialic acid on the surface of cells. So researchers created the perfect decoy: A carefully constructed spherical nanoparticle coated in sialic acid lures the influenza A virus to its doom. When misted into the lungs, the nanoparticle traps influenza A, holding it until the virus self-destructs.

In a study on immune-compromised mice, the treatment reduced influenza A mortality from 100 percent to 25 percent over 14 days. The novel approach, which is radically different from existing influenza A vaccines, and treatments based on neuraminidase inhibitors, could be extended to a host of viruses that use a similar approach to infecting humans, such as Zika, HIV, and malaria. Results were published today in the advanced online edition of the journal Nature Nanotechnology.

“Instead of blocking the virus, we mimicked its target – it’s a completely novel approach,” said Robert Linhardt, a glycoprotein expert and Rensselaer Polytechnic Institute professor who led the research. “It is effective with influenza and we have reason to believe it will function with many other viruses. This could be a therapeutic in cases where vaccine is not an option, such as exposure to an unanticipated strain, or with immune-compromised patients.”

Medications to counter the virus do exist, but all are vulnerable to the continual antigenic evolution of the virus. A yearly vaccine is effective only if it matches the strain of virus that infects the body. And the virus has shown an ability to develop resistance to a class of therapeutics based on neuraminidase inhibitors, which bind to and block neuraminidase.

The new solution targets an aspect of infection that does not change: all hemagglutinin varieties of influenza A must bind to human sialic acid. To trap the virus, the team designed a dendrimer, a spherical nanoparticle with treelike branches emanating from its core. On the outermost branches, they attached molecules, or “ligands,” of sialic acid.

The research found that the size of the dendrimer and the spacing between the ligands is integral to the function of the nanoparticle. Hemagglutinin occurs in clusters of three, or “trimers,” on the surface of the virus, and researchers found that a spacing of 3 nanometers between ligands resulted in the strongest binding to the trimers. Once bound to the densely packed dendrimer, viral neuraminidase is unable to sever the link. The coat of the virus contains millions of trimers, but the research revealed that only a few links provokes the virus to discharge its genetic cargo and ultimately self-destruct.

A different approach, using a less structured nanoparticle, had been previously tested in unrelated research, but the nanoparticle selected proved both toxic, and could be inactivated by neuraminidase. The new approach is far more promising.

“The major accomplishment was in designing an architecture that is optimized to bind so tightly to the hemagglutinin, the neuraminidase can’t squeeze in and free the virus,” said Linhardt. “It’s trapped.”

“Nanostructured glycan architecture is important in the inhibition of influenza A virus infection” appears in the Advance Online Publication (AOP) published today on Nature Nanotechnology’s website. The Digital Object Identifer for this paper is 10.1038/nnano.2016.181.

At Rensselaer, this research fulfills the vision of The New Polytechnic, an emerging paradigm for higher education, which recognizes that global challenges and opportunities are so complex, they cannot be addressed by even the most talented person working alone. Rensselaer serves as a crossroads for collaboration — working with partners across disciplines, sectors, and geographic regions, to address global challenges — and addresses some of the world’s most pressing technological challenges, from energy security and sustainable development to biotechnology and human health. The New Polytechnic is transformative in the global impact of research, in its innovative pedagogy, and in the lives of students at Rensselaer.