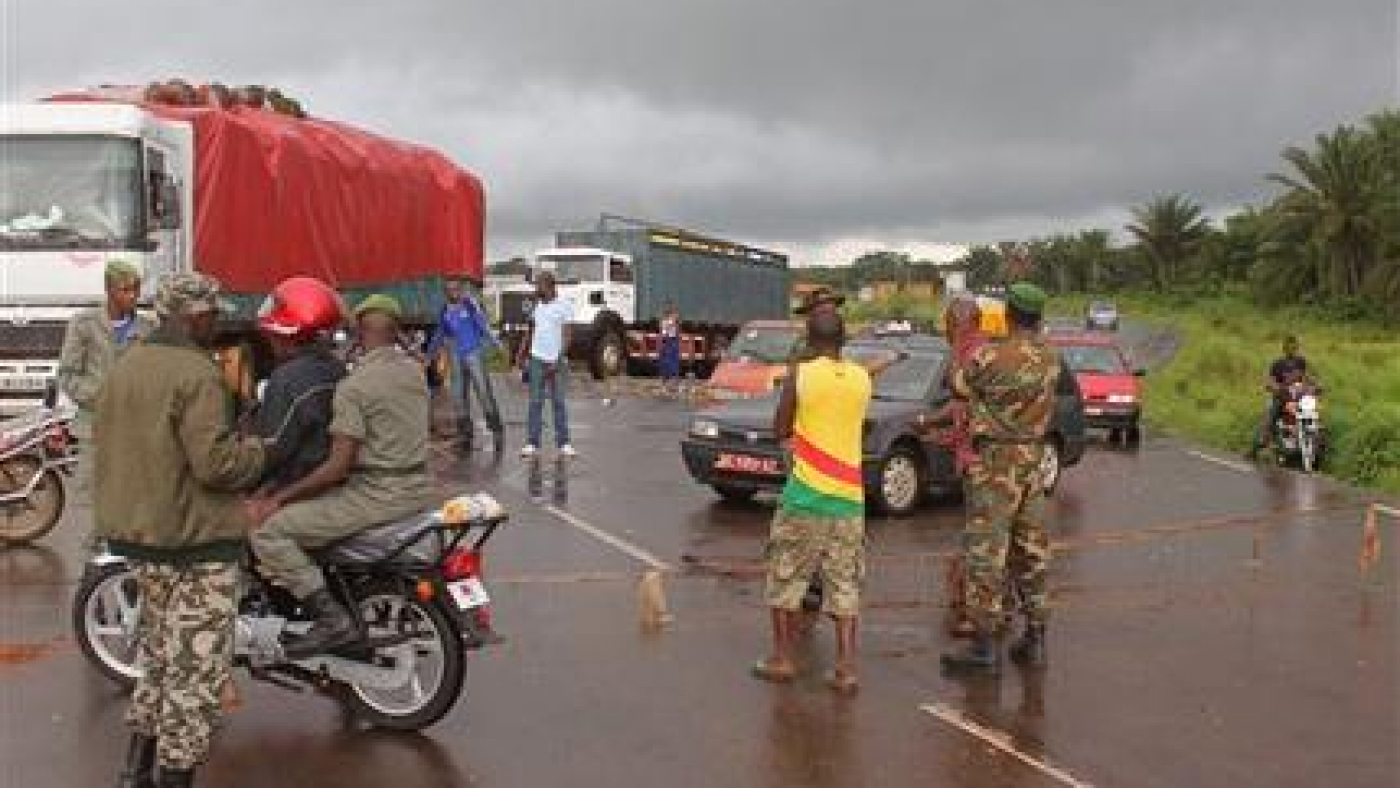 In this photo taken on Tuesday, Aug. 12, 2014, Guinea soldiers stand around a rope across the road that separates Guinea and Sierra Leone, and works as a makeshift border control checkpoint at Gbalamuya-Pamelap, Guinea. As Guinea closed its border with Sierra Leone at the weekend in an attempt to halt the spread of the deadly Ebola virus, people and goods were not able to cross to either side. (AP Photo/ Youssouf Bah)

The revelation came the same day that another top doctor from Sierra Leone died of the disease, fueling a debate about how to apportion a limited supply of untested drugs and vaccines and whether they are even effective. Modupeh Cole was one of the top doctors working in the Ebola isolation ward in Connaught Hospital in Freetown, Sierra Leone’s capital.

Ebola has killed more than 1,000 people and sickened nearly 2,000 in the current West African outbreak that has also hit Guinea, Liberia and Nigeria. Many of the dead are health workers, who are often working with inadequate supplies and protection.

At the time the experimental treatment was being considered for Dr. Sheik Humarr Khan, his immune system was already starting to produce antibodies suggesting he might recover, Doctors Without Borders, also known by its French acronym, MSF, said in a statement Wednesday. Khan was also due to be transferred to a European hospital that would be more capable of handling any side effects that might arise with the experimental drug, it said.

In the end, the treating physicians decided against using the drug. They never told Khan of its existence because they felt it would be unethical to tell him of a treatment they might not use. Shortly after their decision, however, Khan’s condition worsened, the statement said, and the company providing the medical evacuation decided not to transfer him. He died a few days later, on July 29. […]