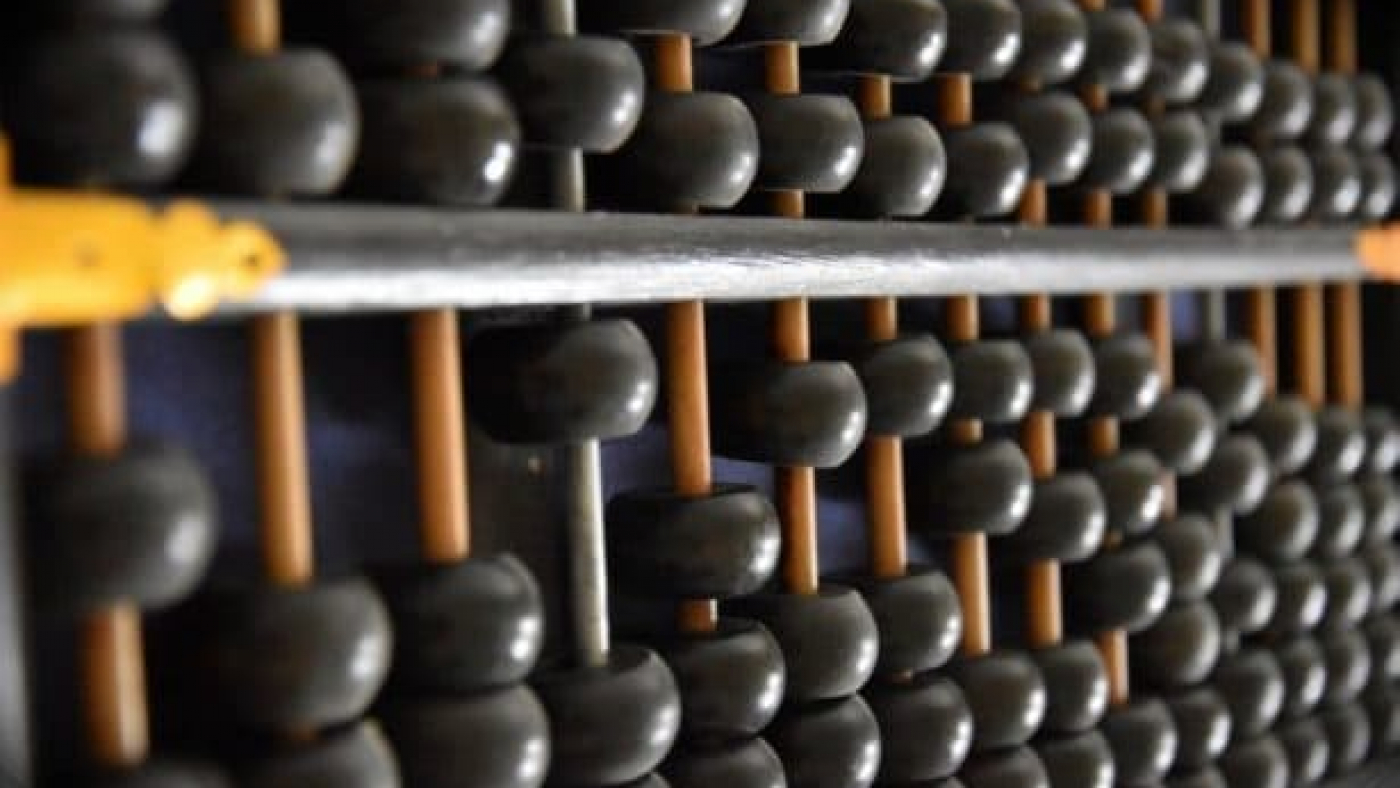 Take a look at 25 years’ worth of drug sales, and some familiar names pop up: the megablockbuster cholesterol drug Lipitor, for one. But you’ll also find some drugs that aren’t the mass-market successes Lipitor was. Amgen’s staple anemia treatment Epogen, for one.

Beyond the drugs themselves, we gleaned some tried-and-true advice for drugs looking to make the top 10 two and a half decades from now. Launch timing, medical need, scientific improvement and marketing efforts all factor into a drug’s success.

With data provided by IQVIA, they ranked the 10 best-selling drugs in the U.S. by the revenue they accumulated from 1992 to 2017. In addition to Lipitor and Epogen, they include the stalwart blood thinner Plavix—long a cash cow for Bristol-Myers Squibb and Sanofi and still a big seller as a generic. And a trio of immunology mainstays are led by their king, Humira, which is predicted to become the first drug ever to pass $20 billion in annual sales.

Pfizer’s cholesterol-lowering drug Lipitor is by far the best-selling drug of all time. But it wasn’t a sure thing in the megablockbuster races. Originally developed by Warner-Lambert—bought by Pfizer in 2000 for a whopping $90 billion—and approved by the FDA in late 1996, Lipitor wasn’t even the first statin on the market.

But in a historic trial run by trailblazer Merck & Co., statins showed they could not only lower cholesterol but also lower heart attack incidents. Pfizer then padded its Lipitor case with some massive clinical studies proving its own worth. Meanwhile, increased public awareness of the potential link between bad cholesterol and the risks of heart disease, plus Pfizer’s marketing clout and the FDA’s relaxation of consumer advertising rules in 1997, together boosted Lipitor to the throne. Though sales declined dramatically after its patent expired in late 2011, even today, Lipitor is still a force to be reckoned with, with 2017 sales of $1.92 billion.

Humira, first approved as a rheumatoid arthritis treatment, is the heir apparent, thanks to astronomical growth of its own and Lipitor sales declining post-patent cliff. On the last day of 2002, the anti-inflammatory therapy became the first fully human monoclonal antibody to reach the market. At that time, two TNF-alpha inhibitors, Enbrel and Remicade, had already been sold for more than four years.

But Humira’s convenience in administration—as a self-injection rather than IV—and AbbVie’s (then Abbott Laboratories) quick work at adding indications in other inflammatory diseases such as psoriatic arthritis, Crohn’s disease and juvenile idiopathic arthritis, helped it surpass the other two. Price hikes have also played a part in keeping Humira at the top. Just over the past five years, its price has more than doubled, according to Wells Fargo analyst David Maris. Thanks to a patent settlement, AbbVie will continue to rake in megablockbuster sales from Humira in the U.S. until 2023.

Nexium, known as “the purple pill,” was AstraZeneca’s follow-up to its first reflux remedy, Prilosec (omeprazole). Approved in the U.S. in 2001, Nexium showed in clinical trials that it was better at treating gastroesophageal reflux disease, with higher healing rates compared to omeprazole. But some other studies didn’t find much difference among proton pump inhibitors, the class that includes both Nexium and Prilosec.

Because of the similarity in the two drugs, AZ was criticized for pushing for the new, more expensive Nexium. The drug was previously also at the center of a pay-for-delay lawsuit, where AZ allegedly paid Ranbaxy Laboratories to abandon its patent challenge. But Nexium kept on bringing in cash: Before Teva’s generic version and Pfizer’s OTC version hit in 2015, Nexium was returning around $3 billion in annual sales.

GlaxoSmithKline’s Advair, a combination of fluticasone and salmeterol, is meant to treat asthma and COPD, two chronic respiratory diseases with high prevalence in the U.S. Delays in generic competition due to the hard-to-copy Diskus inhaler technology are a key reason why it still racked up £3.48 billion in 2016 sales.

Though it lost patent protection back in 2010, Teva only launched AirDuo RespiClick and its authorized generic last April. They come at a huge discount to Advair but aren’t readily substitutable for the GSK behemoth at the pharmacy. A long list of generic drugmakers, including Novartis’ Sandoz, Hikma and Mylan, are still struggling to get their versions past the FDA. Mylan said in early May that it’s expecting a generic approval in 2018.

Enbrel was the first TNF-alpha inhibitor, approved by the FDA in 1998 to treat rheumatoid arthritis and later expanded into other autoimmune diseases. Like latecomer Humira, Enbrel also comes with a big price tag. Even though it doesn’t boast as many FDA-approved indications as Humira, it’s still among doctors’ favorites. In 2017, the drug racked up $5.21 billion in U.S. sales, and Amgen has been able to stall the launch of a biosim from Sandoz with a patent suit.

Approved in 1989, Epogen soon moved to dominate the kidney disease-related anemia market. With orphan drug status, it enjoyed a long exclusivity period, and it has contributed billions of dollars year after year to Amgen and Johnson & Johnson, which sells the drug under the Procrit brand (sales not included here). It could have faced direct competition from Roche’s Mircera as early as 2007, but an injunction prevented the Swiss drugmaker’s competitor from launching in the U.S. until 2014. Even after Medicare instituted new rules for use of anemia drugs in some patients, Epogen prevailed; for 2017, Epoetin alfa brought in $1.77 billion in U.S. sales. And it’s set for more despite expired patents. Efforts to bring biosimilars to the U.S. market have suffered several setbacks.

Remicade emerged almost at the same time as Enbrel, but it was first approved as a treatment for Crohn’s disease, only later expanding into other inflammatory diseases such as rheumatoid arthritis and psoriatic arthritis. The requirement for intravenous infusion—which means inconvenience for patients and the additional cost of outpatient administration—marked a key disadvantage for Remicade against its TNF counterparts. Pfizer launched a biosim version in the U.S. back in 2016, but it hasn’t been able to steal much share from J&J, thanks to the branded drugmaker’s aggressive deals with payers.

Discovered by scientists at Otsuka, Abilify was greenlighted by the FDA in 2002 to treat acute episodes of schizophrenia and as a maintenance therapy in the same group of patients. More indications followed; the drug racked up approvals for bipolar disorder, add-on treatment of major depression, and autism. The antipsychotic later acquired a long-lasting sister called Abilify Maintena, an injectable that freed patients from daily pill-taking. The drug caught the industry’s attention last November when Otsuka won an FDA approval for Abilify MyCite, a digital version of the drug that has a sensor that digitally tracks patients’ dosing.

Approved in the U.S. in 2001, Neulasta is designed to help chemotherapy patients fight infection by boosting their white blood cell counts. Each year, about 650,000 cancer patients undergo chemotherapy in an outpatient setting in the U.S., according to the CDC. To help patients self-manage injections, Amgen rolled out the Neulasta Onpro kit in 2014. In 2017, Neulasta returned $4.53 billion in sales, and about 87% of that came from the U.S.

Though Neulasta’s shorter-acting predecessor Neupogen now faces biosimilar competition from Sandoz’s Zarxio, Neulasta doesn’t yet have a rival. Would-be biosim makers fell short with their FDA applications last year. But 2018 could well change that. Mylan says it’s on track for a Neulasta copy this year; the FDA is set to decide by June.

Plavix was approved in 1998 and became the standard-of-care blood thinner, earning a place on the WHO’s list of essential medicines. Plavix and Lipitor were the mainstays of the drug industry in the 1990s, so when Plavix’s patent expired in 2012—about half a year after Lipitor’s—it marked a major shift away from the mass-market megablockbuster era. With an influx of multiple generics from the get-go, Bristol-Myers Squibb and Sanofi were hit hard, as Plavix’s $7.1 billion in 2011 sales accounted for a third of BMS’ revenue for the year. But its legacy remains. Even today, new drugs like AZ’s Brilinta still use it as a comparator to demonstrate their products’ safety and efficacy.