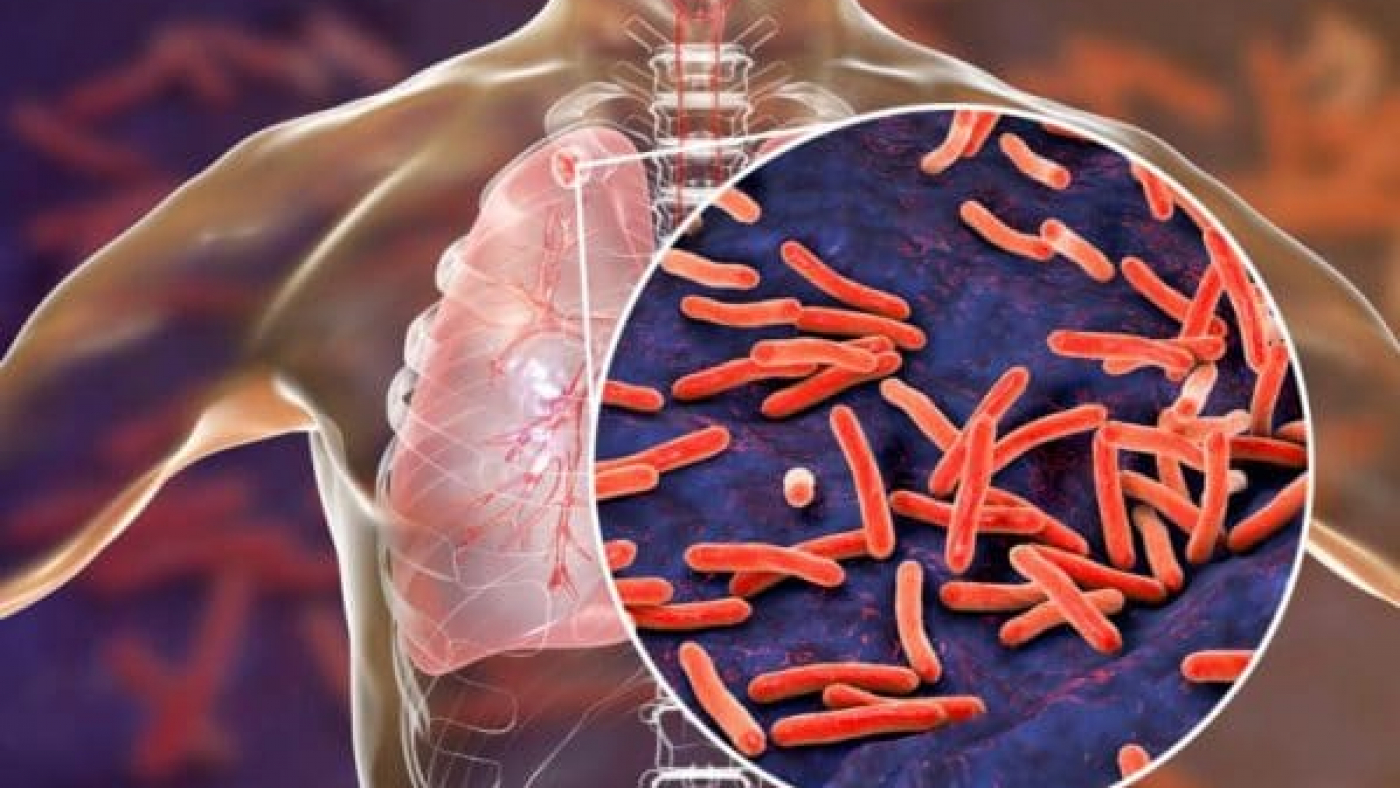 Tuberculosis is one of the top 10 causes of death worldwide. Nearly 2 million people die every year from this infectious disease, and an estimated 2 billion people are chronically infected. The only vaccine, developed almost 100 years ago, offers limited protection and patients are becoming increasingly resistant to available drugs.
Despite this significant impact on humankind, very little is known about how tuberculosis develops and spreads in the body.
A group of researchers from the Gladstone Institutes, UC San Francisco (UCSF), and UC Berkeley used a systematic approach to get an entirely new look at the way tuberculosis infects people. Their study, published in the scientific journal Molecular Cell, uncovered interactions between tuberculosis and human proteins that could provide new approaches to combat infection.

“With a better understanding of the mechanisms used by tuberculosis to disrupt our immune response, we could eventually optimize vaccine strategies, as well as explore therapies to supplement antibiotics,” said Nevan J. Krogan, Ph.D., the senior investigator at the Gladstone Institutes and director of the Quantitative Biosciences Institute at UCSF.
A New Way to Fight Tuberculosis
Tuberculosis is a complex disease, given that it’s caused by bacteria made up of 4,000 genes, as compared to viruses that generally have 10 or 15 genes. During infection, these genes produce approximately 100 proteins inside human cells. But until now, scientists knew virtually nothing about what these proteins do in the body.
Krogan, along with his colleague Jeffery S. Cox, Ph.D., from UC Berkeley, employed a mass spectrometry-based approach to identify interactions between tuberculosis proteins and human proteins.
“It’s the first time this approach has been applied to tuberculosis,” explained Cox, professor in molecular and cell biology and director of the Center for Emerging and Neglected Diseases at UC Berkeley. “Essentially, this technology works by placing a hook on the tuberculosis proteins. When we fish them out of the human cells, the human proteins to which they’re attached come with them, so we can see what they interact with.”
Using this method, the team of scientists targeted 34 tuberculosis proteins, very few of which had been studied before.
“We found 187 interactions between these tuberculosis proteins and human proteins,” said Krogan, who is also a professor of cellular and molecular pharmacology at UCSF. “Each one of those connections could ultimately represent a drug target–a new way to fight tuberculosis.”

One Connection Responds to Both Bacterial and Viral Infections

After their initial discovery, Krogan and Cox focused their attention on one specific connection. They studied the physical interaction between the human protein CBL and a tuberculosis protein called LpqN.
They showed that when they remove the LpqN protein, tuberculosis can’t infect human cells as well. However, when the CBL protein is also deleted, the tuberculosis infection can resume its regular growth. This suggests that CBL is involved in limiting bacterial infections.
“Interestingly, we discovered that when CBL is removed, cells also become more resistant to infections by viruses, such as herpes,” said Cox. “We believe that CBL acts as a switch to toggle between anti-bacterial and anti-viral responses in the cell. That’s why it’s important to study the interactions between proteins in an unbiased way; you never know what you’ll find!”

A Holistic View of Complex Problems

By studying how proteins interact and work together, scientists can begin to map proteins onto pathways and find unexpected connections. They can then compare the protein interactions across many pathogens and identify similarities.
To this end, Krogan and Cox recently founded the Host-Pathogen Mapping Initiative with investigators from Gladstone, UCSF, UC Berkeley, and UC San Diego. Through this initiative, they will comprehensively map the gene and protein networks underlying infectious disease and develop technologies to lead to novel and targeted therapies.
The two scientists also helped launch the BioFulcrum Viral and Infectious Disease Research Program at Gladstone in 2017. The goal of this program is to develop host-directed therapies.
“Most therapies to fight infection currently target the virus or bacteria,” said Krogan. “But viruses and bacteria mutate quickly and develop resistance to existing treatments. Instead, we want to target human host proteins involved in common pathways. This could allow us to develop therapies that use a single drug to treat multiple pathogens.”
The scientists have already identified commonly hijacked pathways in human cells. The human genes hijacked by tuberculosis, for instance, are the same genes mutated in many other disease states, including cancer and autism.
Krogan added, “It’s about finding the cell’s Achilles’ heel, and targeting it to fight many diseases at once.”