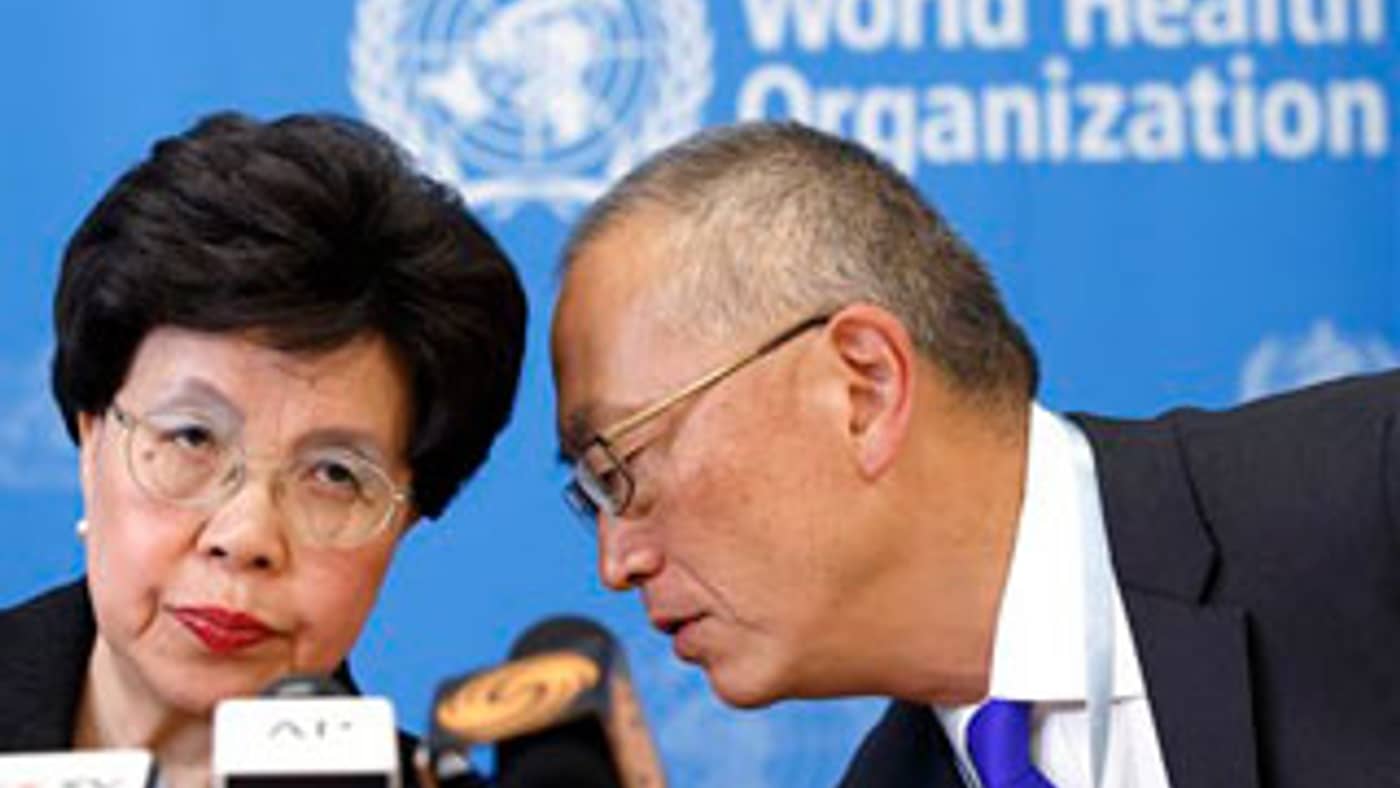 Ebola Outbreak an International Public Health Emergency Declared by WHO

Director General of the World Health Organization, WHO, China’s Margaret Chan and Assistant Director General for Health Security Keiji Fukuda of the US, right, share a word during a press conference after an emergency meeting at the headquarters of the WHO in Geneva, Switzerland, Friday, Aug. 8, 2014. (AP Photo/Keystone, Salvatore Di Nolfi)

The World Health Organization urged nations worldwide Friday to donate money and resources to stop the spread of Ebola as it declared the outbreak in West Africa to be an international public health emergency.

The current Ebola outbreak is the largest and longest ever recorded for the disease, which has a death rate of about 50 percent and has so far killed at least 961 people, according to the U.N. health agency. It emerged in Guinea in March and has since spread to Sierra Leone and Liberia, with a suspected cluster in Nigeria.

“Countries affected to date simply do not have the capacity to manage an outbreak of this size and complexity on their own,” WHO chief Dr. Margaret Chan told a news conference in Geneva. “I urge the international community to provide this support on the most urgent basis possible.”

She added that the world’s “collective health security” depends on curbing the spread of the killer virus in West Africa, even as she acknowledged that many countries would probably not have any Ebola cases.

The agency convened an expert committee this week to assess the severity of the Ebola epidemic. WHO declared similar emergencies for the swine flu pandemic in 2009 and for polio in May.

Since Ebola was first identified in 1976, there have been more than 20 outbreaks in central and eastern Africa; this is the first to affect West Africa. The virus causes symptoms including fever, vomiting, muscle pain and bleeding. It is spread by direct contact with bodily fluids like blood, sweat, urine, saliva and diarrhea.

The impact of WHO’s declaration Friday is unclear; its similar declaration about polio doesn’t yet seem to have slowed the spread of the paralytic virus.

“Statements won’t save lives,” said Dr. Bart Janssens, director of operations for the Doctors Without Borders charity group. “For weeks, (we) have been repeating that a massive medical, epidemiological and public health response is desperately needed. … Lives are being lost because the response is too slow.”

“I don’t know what the advantage is of declaring an international emergency,” added Dr. David Heymann, who directed WHO’s response to the SARS outbreak and is now a professor at the London School of Hygiene and Tropical Medicine. “This could bring in more foreign aid but we don’t know that yet.”

Earlier this week, the World Bank pledged up to $200 million in emergency funding to help the countries affected by Ebola and strengthen public health systems across West Africa.