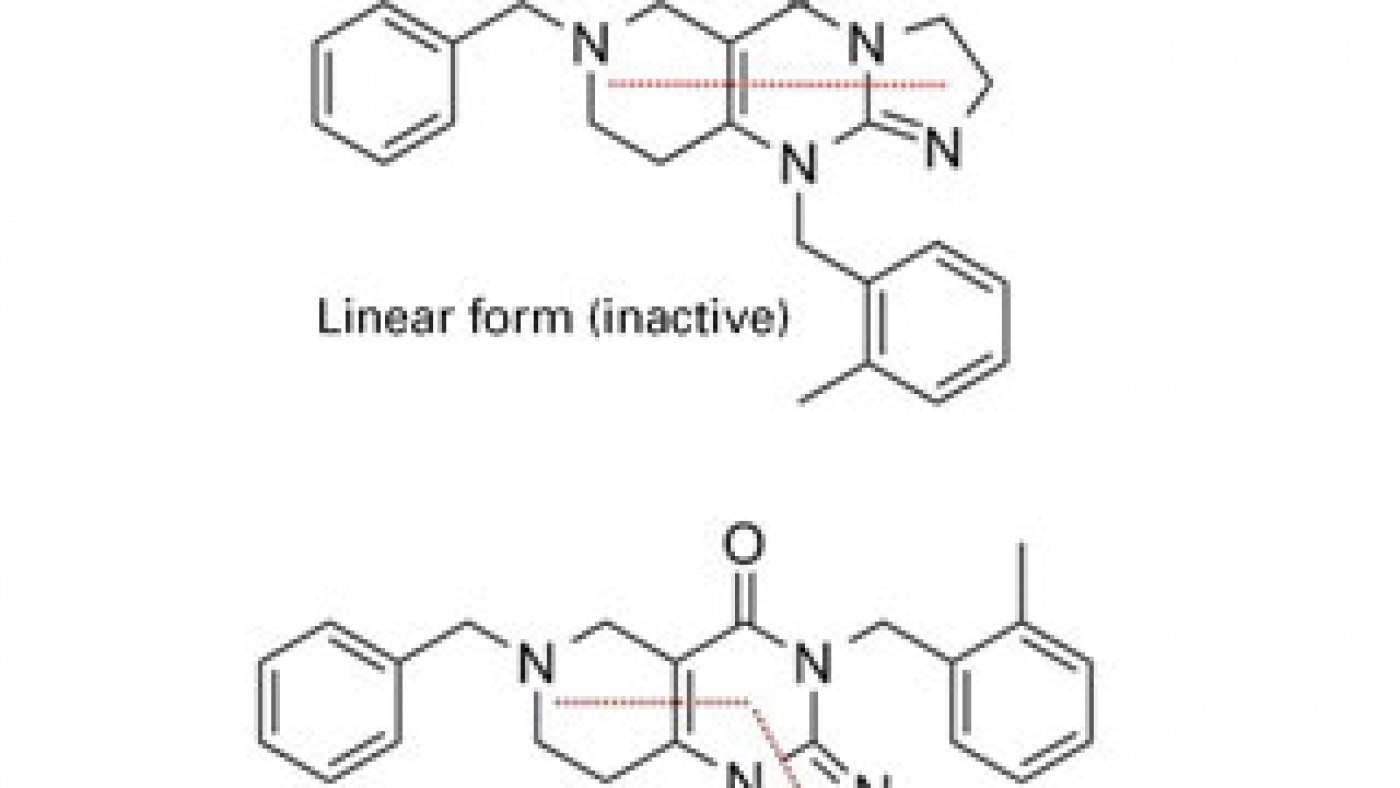 A new report shows the structure of a promising anticancer compound, TIC10, differs subtly but importantly from a previously published version. (Source: Scripps Research Institute)Chemists at The Scripps Research Institute (TSRI) have determined the correct structure of a highly promising anticancer compound approved by the U.S. Food and Drug Administration (FDA) for clinical trials in cancer patients.
The new report, published this week by the international chemistry journal Angewandte Chemie, focuses on a compound called TIC10.
In the new study, the TSRI scientists show that TIC10’s structure differs subtly from a version published by another group last year, and that the previous structure associated with TIC10 in fact describes a molecule that lacks TIC10’s anticancer activity.
By contrast, the correct structure describes a molecule with potent anticancer effects in animals, representing a new family of biologically active structures that can now be explored for their possible therapeutic uses.
“This new structure should generate much interest in the cancer research community,” said Kim Janda, the Ely R. Callaway Jr. professor of chemistry and member of the Skaggs Institute for Chemical Biology at TSRI.

TIC10 was first described in a paper in the journal Science Translational Medicine in early 2013. The authors identified the compound, within a library of thousands of molecules maintained by the National Cancer Institute (NCI), for its ability to boost cells’ production of a powerful natural antitumor protein, TRAIL. (TIC10 means TRAIL-Inducing Compound #10.)
As a small molecule, TIC10 would be easier to deliver in a therapy than the TRAIL protein itself. The paper, which drew widespread media coverage, reported that TIC10 was orally active and dramatically shrank a variety of tumors in mice, including notoriously treatment-resistant glioblastomas.
Tumors can develop resistance to TRAIL, but Janda had been studying compounds that defeat this resistance. The news about TIC10 therefore got his attention. “I thought, ‘They have this molecule for upregulating TRAIL and we have these molecules that can overcome tumor cell TRAIL resistance—the combination could be important,’” he said.
Read full story here
Source: The Scripps Research Institute