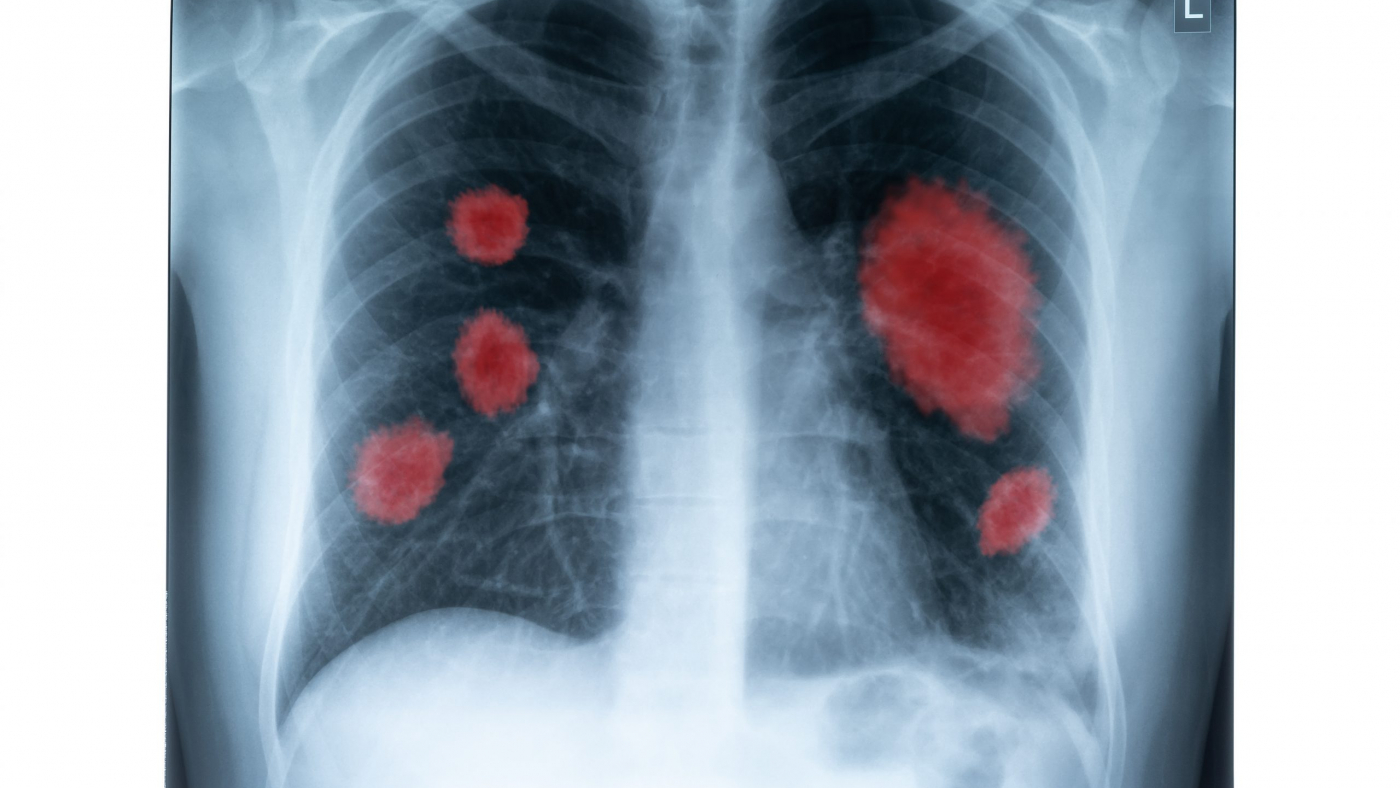 The finding, from a University of Michigan study, could help inform the treatment of the roughly 10 million people worldwide who fall ill with tuberculosis each year.”We wanted to address open questions regarding treatment for tuberculosis,” said Elsje Pienaar, a U-M postdoctoral scholar in chemical engineering and first author on the new study. “First, can we use the antibiotics that we have in a better way? And if we can change the ones that we have in some way, what modifications would be best?”Active tuberculosis is notoriously difficult to treat, and the spread of antibiotic-resistant TB is increasing. Current drug regimens start with four different antibiotics for the first two months, dropping to two antibiotics for four more months of treatment.Because the temptation is so strong to stop taking the antibiotics once symptoms ease, the World Health Organization recommends that TB patients should receive their doses from a health care professional, or at least have someone designated to make sure they take their antibiotics on schedule. Even with these precautions, the WHO estimates that 480,000 people developed multi-antibiotic-resistant TB in 2014.Pienaar, a native of South Africa, was particularly concerned when an outbreak of extensively drug resistant tuberculosis killed more than 50 people in the South African town of Tugela Ferry, back in 2005 and 2006.

“This high-level resistance to multiple different antibiotics was able to emerge when we were supposed to have a good handle on TB treatment,” she said. “I wondered if this was a ‘man-made’ monster that we inadvertently created because we do not fully understand the complex dynamics involved in TB treatment and control.”

It is impossible to say whether a patient has been truly cured of tuberculosis or whether the disease has merely retreated to the latent state, in which case the remaining bacteria would have survived long-term exposure to antibiotics. Then there’s the problem of TB patients who quit treatment too early. Either way, antibiotics that can bring about a faster, more complete cure are needed. Among existing and experimental drugs, there are trillions of combinations and regimens.”Experimentalists can’t test thousands and thousands of antibiotic regimens, but we can,” said Jennifer Linderman, U-M professor of chemical engineering and biomedical engineering.Experiments with animals are expensive and time-consuming, and present ethical dilemmas, so the team is developing a reliable computer model of tuberculosis that can test many drug combinations and treatment regimens quickly. They can even identify the shortcomings of current antibiotics and what changes would best improve the cure rate for patients.Their study proving the concept demonstrates how treatments with the standard antibiotics isoniazid and rifampin fare when taken according to different regimens approved by the U.S. Center for Disease Control. These include larger doses a few times per week and smaller daily doses.

The computer simulations showed that daily treatment with both antibiotics is the best way to go, but even then, the drugs have a hard time killing off all of the TB bacteria. Part of the problem is that bacteria can hide out in tumor-like lesions called granulomas.”The drugs actually have to penetrate into the core of this granuloma,” said Denise Kirschner, U-M professor of microbiology and immunology.

Even then, Kirschner says the bacteria can protect themselves further by going into a passive state, in which they stop trying to reproduce.”If it’s just sitting there, the drug is not going to have as strong an effect on it, which is why you have to treat for six months,” she said. “You need to catch those bacteria in the few moments when they divide.”Looking for a way to kill these holdouts, the team investigated whether increasing the number of doses would help raise the antibiotic concentrations inside the granulomas. They found that upping the doses to nine per week, perhaps with patients taking morning and evening doses twice per week, they were able to cut the time until the bacteria were wiped out by about 10 days, on average.They also explored what drug properties to target to make isoniazid and rifampin more effective. For instance, they found that if the cells in the body absorbed about 20 percent less isoniazid, allowing the drug more time to kill TB bacteria, it could drop the treatment failure rate from 1 percent to nearly 0 percent. This change could represent a hundred thousand more successful treatments per year.The computer model is based on data from experiments with rabbits and macaque monkeys. These experiments are designed to provide the information needed to predict how the disease, the drugs and body interact to bring about recovery or continued illness. The team aims to speed up the development of new drugs and treatments.The National Institutes of Health have just awarded the team a new grant to build new antibiotics into their computer model. Véronique Dartois, professor of medicine at Rutgers University, will provide data from rabbits while JoAnne Flynn, professor of microbiology and molecular genetics at the University of Pittsburgh, will provide data from macaques.